DCOTT has not conducted preparedness drills 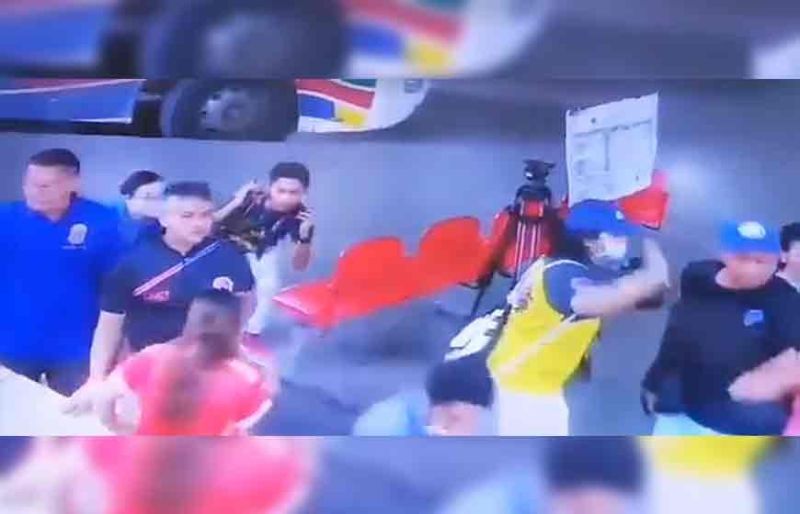 AN OFFICIAL of the Davao City terminal admitted they have not conducted any disaster preparedness drills.

The statement came after some passengers inside the terminal were seen running in panic when the 6.6-magnitude earthquake shook Davao City Tuesday, October 29.

"Ever since nga naglingkod ko [as head sa Davao City Overland Transport Terminal (DCOTT) in 2016], wala pa mi nakapahigayon og drill diraa (Since I assumed the position as head of DCOTT terminal in 2016, we haven't conducted any drill)," DCOTT head Aisa Usop said on Wednesday, October 30, during the AFP-PNP Press Conference at the Royal Mandaya Hotel.

The earthquake that struck Tulunan in Cotabato was felt in other parts in Mindanao, including Davao City.

Usop admitted they were not able to prepare when the earthquake struck, which was considered the strongest quake recorded in Mindanao before the October 31 quake, according to Philippine Institute of Volcanology and Seismology (Phivolcs).

"Nakita nato karon kung unsa ka-importante nga naa tay knowledge sa ing-ana nga panghitabo (We have learned the importance of having knowledge in times like these)," she said.

"Kita gyud ko nga ang mga tao naglibog gyud kon asa sila nga area mubakwit. Dapat pud makita namo diha kung asa safe and asa mi pwede mudagan diria sulod sa DCOTT terminal inkaso naay kusog nga linog (I have personally witnessed on how the people were cramming to look for place to evacuate. We should be able to note next time where we could bring our passengers to safety in case an earthquake strikes inside the terminal)," she said.

The terminal official said she already told her staff to communicate with the City Disaster Risk Reduction Management Office (CDRRMO) for them to conduct a mandatory earthquake drill.

As to the structural integrity of the terminal, she refused to comment as it is the City Engineer's Office (CEO) that is tasked to determine the terminal's safety in case of an earthquake.

"Although naghimo na pud ko og suwat sa CEO aron mainspeksyon atong building diria (Although we are already drafting a letter to be sent to the CEO for them to conduct an inspection on the terminal)," Usop said.

Earlier, Usop said the city is already planning to transfer the DCOTT to different parts of the city, namely, Toril, Calinan, and Buhangin, after an ordinance was filed by Councilor Conrado Baluran.

But she said the Office of the City Planning and Development Coordinator (OCPDC) and CEO are still studying the proposal.

She added that if the DCOTT had been transferred, the passengers' safety, especially during calamities such as earthquake, is already ensured.

CDRRMO operations officer Rodrigo Bustillo, meanwhile, said they are willing to facilitate the request of DCOTT for an earthquake drill since it is part of their mandate.

"We will just wait for their request so that we can facilitate and give our schedule," Bustillo said.

Usop said DCOTT caters to an average of 30,000 to 35,000 passengers on regular days, while the number reaches a peak of 120,000 during holidays such as All Saints' Day, All Souls' Day and Christmas season.