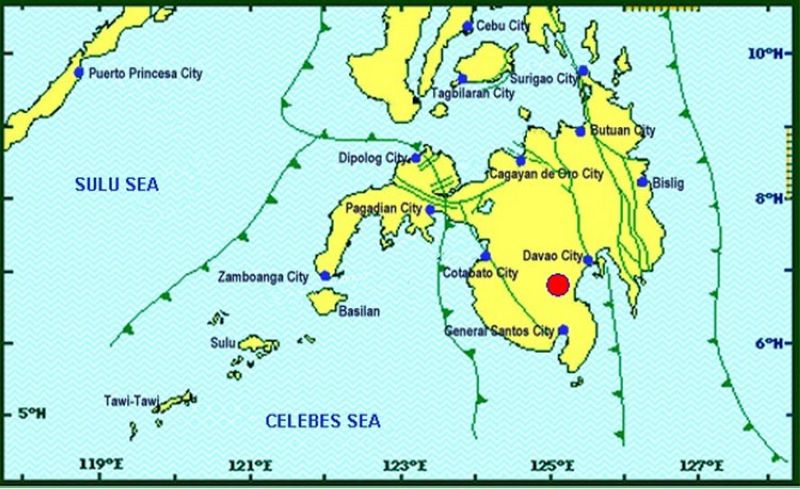 The quake, a magnitude 5, occurred at 2:07 p.m. Friday, 18 kilometers southeast of Makilala. It was felt at intensity 5 in Magsaysay, Davao del Sur and intensity 4 in Pikit, Cotabato and Bansalan, Davao del Sur.

It was also felt in the following areas:

The Philippine Institute of Volcanology and Seismology (Phivolcs) said aftershocks are expected, but it will not cause damage.

On Thursday, October 31, a gymnasium in Barangay Batasan in Makilala collapsed due to the magnitude 6.5 tremor that also struck Cotabato.

The magnitude 6.5 earthquake was centered in Tulunan, but it affected neighboring areas.

Thursday's tremor was the third strong earthquake to hit Mindanao in October this year. The first powerful quake happened last October 16, with a magnitude of 6.3. It was followed by the magnitude 6.6 quake that struck on October 29, also in Tulunan, North Cotabato.

The National Disaster Risk Reduction and Management Council said in its latest report that as of November 1, a total of 16 fatalities from the magnitude 6.6 and 6.5 tremors have been reported, while 403 people were injured. (LMY/SunStar Philippines)