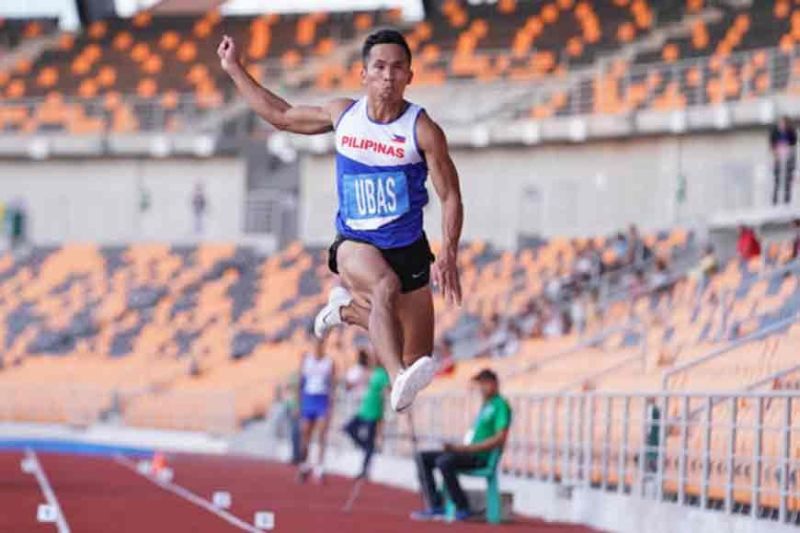 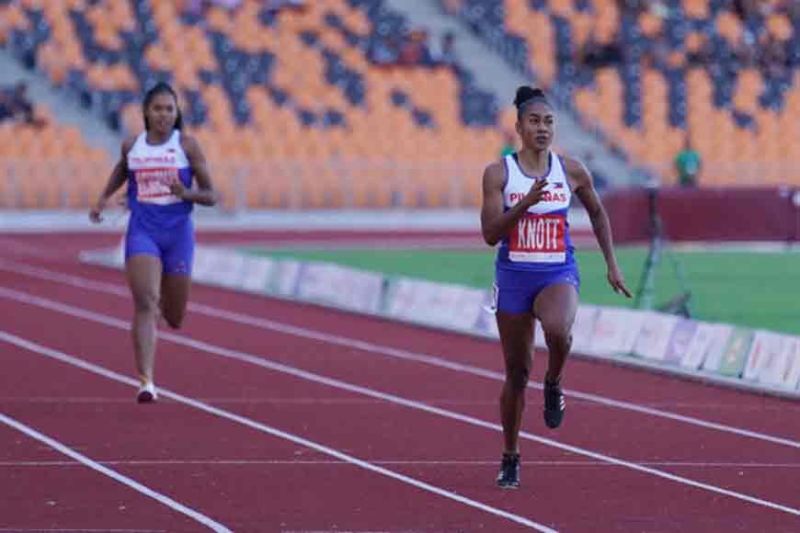 Knott clinched the gold medal in 24.42 seconds to beat another Filipino-American female sprinter in Kayla Richardson, who clocked 26.18 for the silver. Mahisin Maziah of Brunei wound up third in 27.02 seconds.

"Knott is still undergoing treatment for some issues. She still has to peak, but she should be ready in four weeks for the 200 meters and the relays," Philippine Athletics Track and Field Association president Philip Juico said.

"Ubas had a lot of problems to tackle back home in Cagayan de Oro and couldn't focus on training as much as he and the coaching staff wanted. Still, he did well," Juico said.

"Ubas has two events: long jump and the big one (decathlon). His long jump performance will certainly earn quite a bit of points to put him within striking distance of the podium in decathlon," Juico said.

Hocket Delos Santos likewise showed promise after finishing with a bronze behind a pair of veteran Thai pole vaulters.

"Our athletes, and probably those from the other teams, are obviously not yet at their peak. We have, however, continued to discover new talents who emanated from the national championships like the young pole vaulter Delos Santos," Juico said.

Both the Philippine men's and women's 4x400-meter relay squad finished third after hurdler Francis Medina claimed the silver in the 400-meter hurdles in 51.66 seconds behind Edwin Halomoan of Indonesia (51.35 seconds).