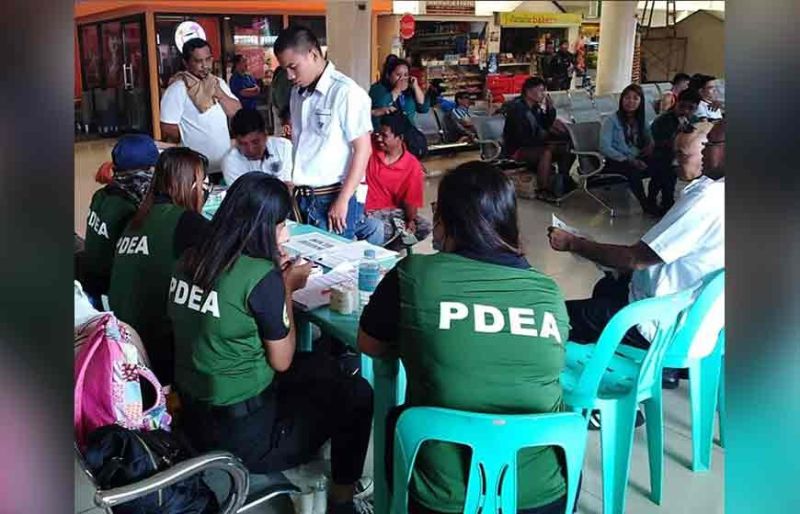 ZAMBOANGA. The Philippine Drug Enforcement Agency (PDEA), in coordination with other government agencies, conduct random drug tests on public utility vehicles as part of Oplan Undaspot to ensure the safe travel of the public in time for the All Saints' and All Souls' Days. Of the 107 who underwent a drug test, no one was found positive for illegal drug use. (SunStar Zamboanga photo)

ALL 107 transport industry workers who were asked to undergo a drug test Monday, October 28, yielded negative results during the Undaspot campaign by the Philippine Drug Enforcement Agency (PDEA) and other government agencies in Zamboanga City.

The random drug tests were conducted Monday, October 28, at the Integrated Bus Terminal (IBT) in the village of Divisoria.

De Guzman said the activity is aimed at ensuring the safety of the riding public in time for All Saints' Day and All Souls' Day.

Project Undaspot, which is under Oplan Harabas, is part of PDEA's holistic and harm reduction approach to address drug problems.

Monday's activity was the fifth in a row for Oplan Harabas to be implemented nationwide following its first implementation on October 29 to 31, 2018. (SunStar Zamboanga)