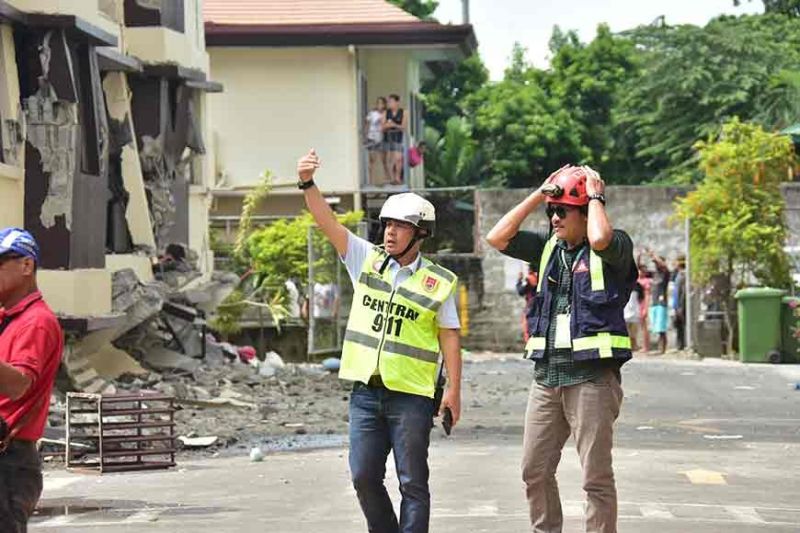 MORE than 650 earthquakes, including aftershocks, were recorded in Mindanao since the 6.6-magnitude earthquake struck in Tulunan, Cotabato in October 29.

According to the Philippine Institute of Volcanology and Seismology (Phivolcs) Earthquake Bulletins posted on its website, a total of 653 earthquakes were recorded as of 2 p.m., Friday, November 1.

However, several parts of Mindanao, including Davao City, felt the intensity of the earthquake, leading to destruction of several properties and claiming lives.

In Thursday, October 31, Ecoland 4000 Residences partially collapsed after the magnitude 6.5-earthquake struck Tulunan in Cotabato. The quake was felt at intensity 6 in Davao City.

On the same day, Eva Hotel in Kidapawan City collapsed due to the earthquake.

Based on Phivolcs Earthquake Intensity Scale (PEIS), magnitude 6 is a “very strong” intensity, wherein heavy objects and furniture move or may be shifted. Very old or poorly built houses and man-made structures are expected to be damaged, though well-built structures are not affected.

In a Philippine News Agency (PNA) story, the National Disaster Risk Reduction and Management Council (NDRRMC) had already recorded 16 deaths from Thursday’s quake, while 403 were injured with two others are still missing.

Meanwhile, Phivolcs said on its primer report that Cotabato, which is located in Soccsksargen, is one of the seismically active regions in the country because of the presence of several active faults in the area which include the M’lang Fault, Makilala-Malungon Fault, North Columbio Fault, South Columbio Fault, and the western extension of the Mindanao Fault (Cotabato-Sindangan Fault).

The agency added that Cotabato Trench is also a major source of earthquakes which can affect the region. They said there are other nearby local faults, some of which may be covered by recent deposits, and could be sources of small to strong magnitude earthquakes.

Phivolcs Undersecretary Renato Solidum, in a PNA report October 31, said there is no basis on the rumors circulating that the series of quakes felt in parts of Mindanao were caused by any volcanic activity.

Some speculated on social media that the series of earthquakes might lead to the eruption of Mt. Apo.

He said, “If a volcano is to erupt, there has to be swelling of ground surface or noticeable steaming. So far, wala namang reports on that (So far, there are no reports on those yet).”

Phivolcs also reiterated that there is no volcanic activity in Mount Apo that sits across Davao City and Davao del Sur province and Cotabato, Solidum said.

Phivolcs added that although the nearest active volcanoes from the epicenter of Tulunan are Mt. Matutum and Mt. Parker, the recent and succeeding earthquakes “are tectonic in origin.” (With PNA)