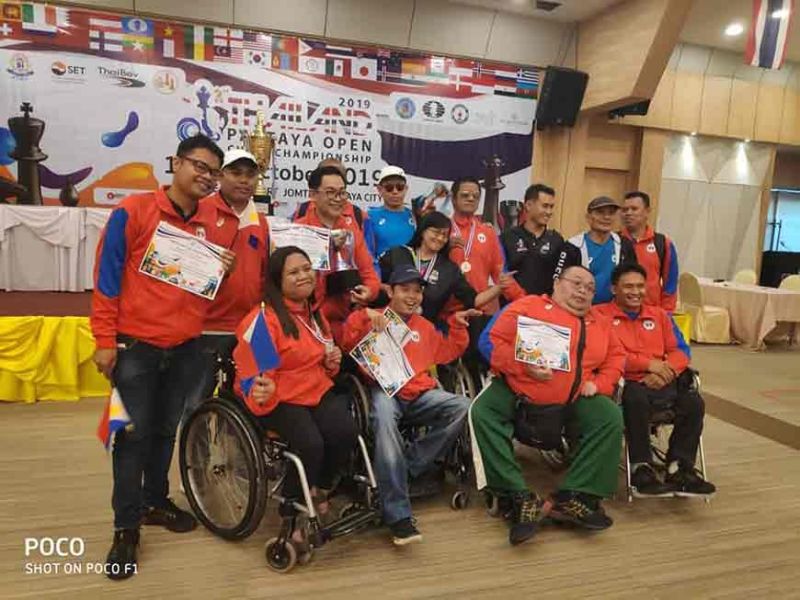 Gomez earned 7.5 points after nine rounds in the open division to clinch the gold medal, while compatriot IM Pascua Haridas had seven points to claim the silver while bronze medalist GM Villamayor Buenaventura of Singapore led seven other 6.5 scorers via superior tiebreaks.

"First time ko to play in Pattaya, Thailand. My performance was good. I think I got paired with strong opponents and was able to hold my position," Lopez told SunStar Davao in a Facebook interview Friday, November 1.

He upset 11th seed Filipino player Mari Joseph Turqueza in the fifth round and 18th seed Thailand candidate master (CM) Warot Kananub in the ninth round in the 93-player field.

Lopez, who helped win two golds for the Philippines in the 9th Asean Para Games in Kuala Lumpur, Malaysia in 2017, also bested John Marvin Jackson of the USA, Kanchanut Chaiyatud of Thailand and Filipino Menandro Redor.

In the amateur division, Davao City-based James Infiesto, who is also National Chess Federation of the Philippines (NCFP) 11 regional director, placed 11th with four points after seven rounds among 65 other contenders.