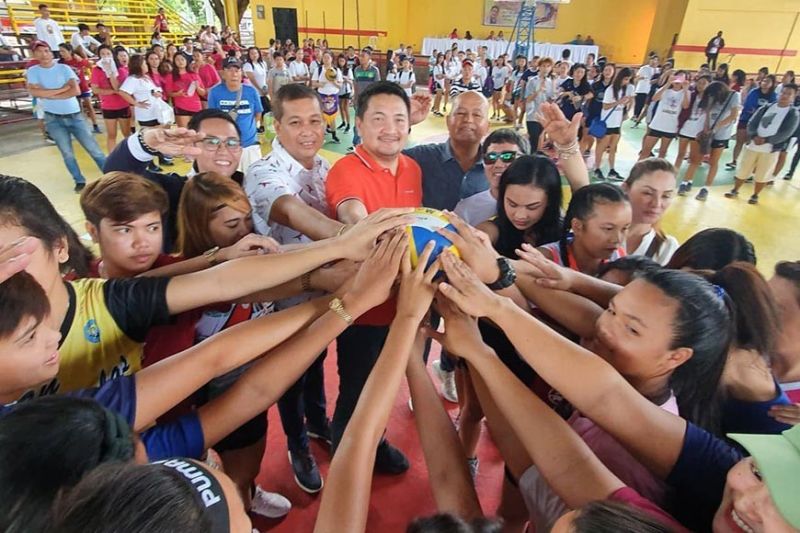 ARAYAT -- In order to promote sportsmanship as well as a healthy body and mind among the millennials, the Office of the Vice Mayor and the municipal council held on Saturday, November 2, the first VM and SB Women’s Volleyball League 2019 at Glorietta Plaza.

The event was participated by local young talents coming from 19 of the 30 villages in the third district town of Pampanga.

Vice Mayor Sixto “Pogi” Mallari told SunStar Pampanga that the volleyball tournament will be held in the 30 villages of Arayat, which aims to promote camaraderie, sportsmanship and physical fitness among the youth.

Mallari, who is an advocate of sports development being a basketball player himself, said that together with SB members, they plan to continue supporting the league by providing free uniforms in 2020 or the second VM and SB Women’s Volleyball League.

“We see a lot of potential players and local talents who might be drafted in the NCAA and other prestigious universities. In sports, one can achieve his or her dreams of being the best they can become,” he said.

The mayor said that players must practice sportsmanship and fair play at all times.

Mallari added that players should be humble in victory and magnanimous in defeat and that in the end it is not whether you win or lose, but rather how you play the game that matters.