Y-Speak: The nun who fell in love 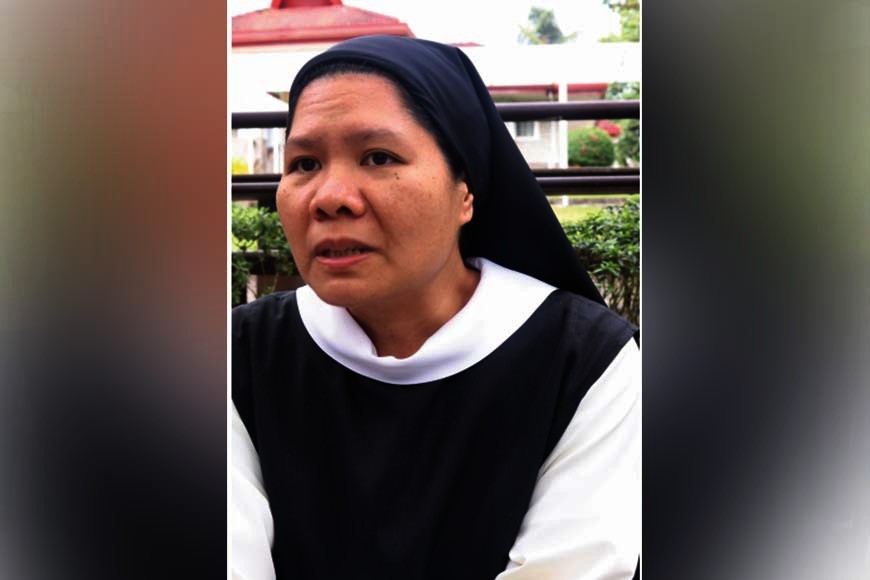 EVERYONE has fallen in love at some point in their lives, no matter what social status and gender they may be and Sister Anna Marie is not an exemption to this experience.

She describes herself as a “spoiled brat,” where having one sibling may be the reason why.

She also enjoys the company of her friends which the youth usually spend their free time with. She is sociable, and as alumni of Ateneo de Davao University, she is exposed to a world where interacting through communication is an essential tool for her relationship with others.

Little did she know that her true love was waiting for her.

Opposites attract, they say. Sister Anna Marie loves talking and eating but the commitment she entered utterly changed her perspective.

This love was felt in religious life.

To think, in a Monastic community, they pray seven times a day, wake up as early as 2:40 a.m. and sleep as soon as 7:30 p.m. Work, pray, work, pray was what Sister emphasized when asked about her daily routine.

She has been in the monastery for 15 years, and it was not easy for her.

“I also felt like a coward,” she said on deciding whether she should commit to be a nun or not.

She had doubts about being able to cope up with the life inside the monastery. She experienced homesickness, missed her friends, family, talking, going to the mall, and eating good food since they were only allowed to eat vegetables and fish.

Nevertheless, what kept her going was the love she felt from the sisters in the Monastery, which she had been with for a long time.

It is more of learning to love herself as well, as the number one problem that hinders her in joining is the jealousy and anger she may feel. It was a challenge to set those aside, but for Sister Anna Marie, the love for the Lord and the community superseded these problems.

“Change the way you think. Do not feel special of yourself and just think for yourself since you’re not the only person that counts in the world, and the universe does not only revolve around you, and if you have that thought you will start to love your life,” she said.

She was not sure how to describe her calling, but Sister Anna compared it to falling in love. She felt a certain restlessness, that even though she had a good life outside, it was still as if she was looking for something more. Something was missing. So when she tried to enter a completely different environment, she felt that somehow, the emptiness inside her was filled and said, “This is it.”

Now content, Sister Anna encourages the youth to find their happiness- may it be a single, married, or religious life.

“It’s normal to be scared. It’s normal to think twice, but when the Lord calls, it is really where our happiness is. I can attest to that. He doesn’t want anything, but for us to be happy. See where the attraction goes, and if that attraction develops to love, then it is where you belong,” Sister Anna said with a gentle smile. (Claire Yvonne Aznar, Ateneo de Davao University intern)