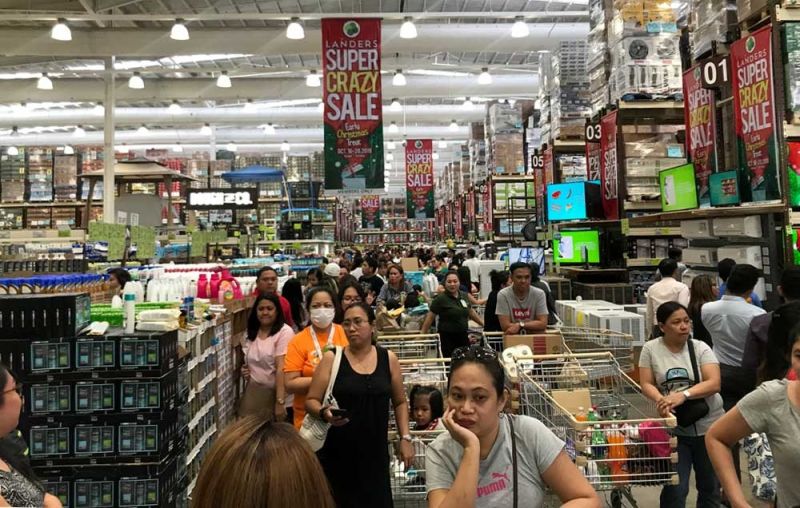 SHOPPING THIS EARLY: Consumers gear up for the approaching Christmas season to avoid longer queues and thicker crowd. The Department of Trade and Industry has released the suggested retail price list of noche buena items. (SUNSTAR FOTO / KATLENE CACHO)

YOU might just start shopping for Christmas very soon. But before that, be sure to keep aware of the price trends of Christmas must-have goods.

The Department of Trade and Industry (DTI) has released the 2019 suggested retail price (SRP) list for noche buena products.

The DTI has said some brands increased their prices because of higher costs.

But supermarket owner Robert Go, spokesperson of the Philippine Retailers Association in Cebu, said the increases this year are “slightly” lower compared to last year when the country was struggling with an inflation crisis.

“Price increases last year were worse because of oil price hike, stronger dollar and inflation that affected many food products in 2018. This year we expect price increases to be very slight,” he said.

For pork-based products like ham, Go said it’s too early to predict whether their demand will go down this Christmas.

“There is not much increases (in prices) on pork-based products since many people avoid them because of the swine fever. Although this is too early to judge the demand for ham and pork-based items. We’ll see in the coming weeks,” the businessman told SunStar Cebu on Saturday, Nov. 2, 2019.

According to Go, Cebu makers of canned pork and hotdogs, for instance, aren’t keen on raising prices this time especially pork selling bans are being implemented in key provinces in the country.

Although he believed there was a decrease in demand for pork products generally.

“Demand for pork would suddenly shift by December if our projections are correct,” he said.

For the rest of the noche buena items, he said demand would sustain growth this year.

The SRP list for noche buena goods will remain effective until the end of the Christmas season.

The DTI has reminded consumers to not only look at prices, but to be vigilant of the product’s expiry date.