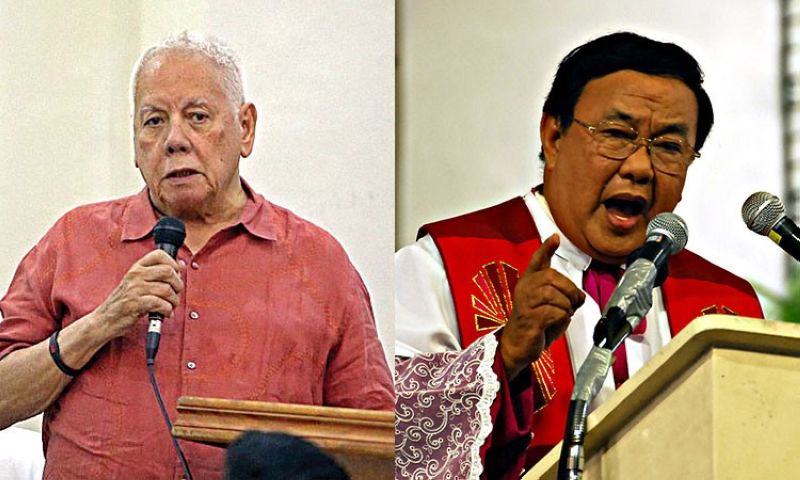 [1] SONNY OSMEÑA'S ILLNESS. The former Toledo City mayor and former senator John H. Osmeña disclosed he was diagnosed with cancer, stage two, but did not specify the kind of cancer for which he said he had been getting chemotherapy treatment.

That fueled speculation as to which vice of Sonny had led to the cancer. People guess as to which part of the body is being besieged by his ailment and, you bet, some guesses can be funny.

[2] MIKE-EDGAR 'MODUS VIVENDI.' Cebu City Vice Mayor Mike Rama posted on his Facebook wall photos of his visits to cemeteries last November 1 and 2. Early campaigning for 2020? Maybe not, just by force of habit maybe for the politician.

What sounded interesting was his information, disclosed on Torni Frank Malilong's "Frankahay Ta" public affairs program on dyCM radio Monday (November 4), that Mike and Mayor Edgar Labella agreed on which cemeteries to visit, so as not to overlap and bump into each other in the same cemetery.

Did that mean they have some modus Vivendi, some kind of arrangement on how to get along during the rest of their joint term?

[3] MSGR. BINGHAY'S SOUND BITES. Msgr. Esteban Binghay will be remembered by news media workers for easy access to, and lively engagement with, him as source of information on subjects related to religion and the Catholic Church. His death was announced Monday (November 4). He was 84.

He made memorable sound bites. One quotable quote, said by him when asked for his comment on the rash of extrajudicial killings in Cebu: "Busy ang mga pari. Daghang bendisyonaan." What would distract priests from their religious duties? "Mahjong, sabong, inom." When asked if he omitted anything: "Ayaw i-apil ang sex. Given man kono na."

[4] WHO PREPARES NEP? Senator Ping Lacson has blamed the National Expenditure Program for insertions in the 2020 budget that allegedly violates the pork barrel ban. It used to be the House that was flogged by Lacson for the offense.

But what is NEP? It is not a body but a draft prepared by Department of Budget and Management (DBP) to help Congress. So where does the fault lie this time?