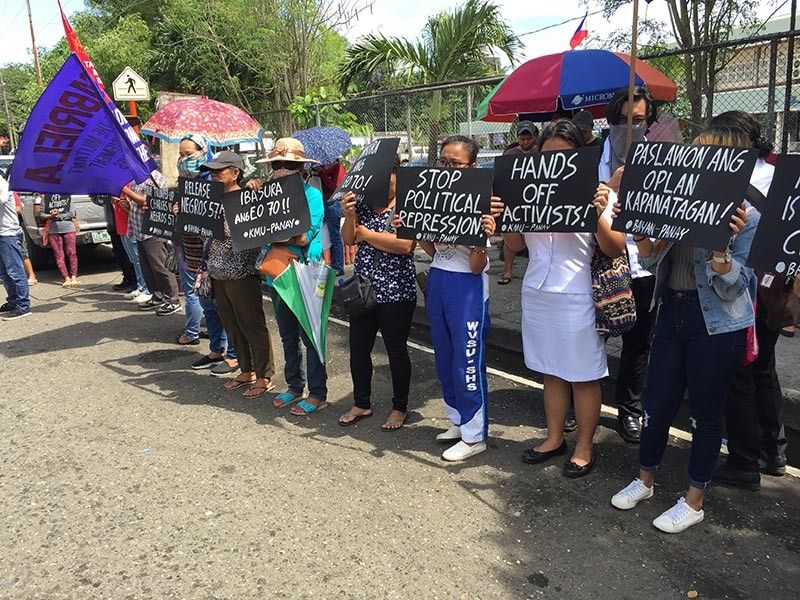 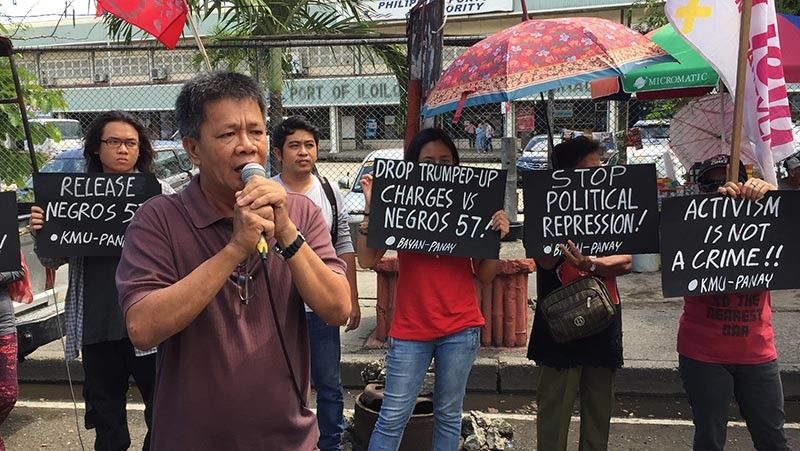 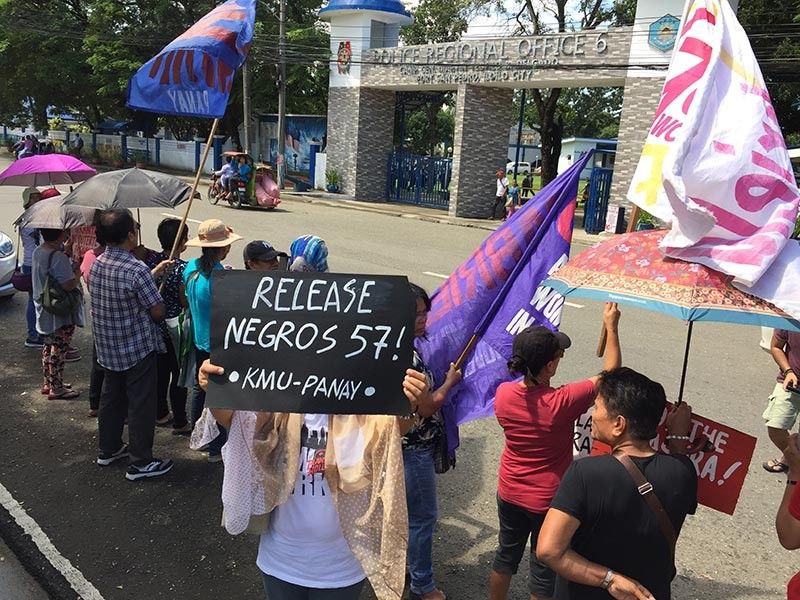 ILOILO. A militant group shows her placard during a protest rally in front of the Police Regional Office-Western Visayas in Iloilo City, November 4, 2019. (Leo Solinap)

The groups protested the alleged illegal arrests of 57 people, 15 of which were minors, last October 31 and November 1 at an office in Negros Occidental believed by police authorities to have been used as a recruitment facility for the New People's Army (NPA).

Elmer Forro, secretary-general of Bagong Alyansang Makabayan (Bayan)-Panay, said they are calling for and condemning the crackdown of the Philippine National Police (PNP) in Negros Occidental.

"The arrest and illegal detention, including the false accusation among its leaders, shows there is an undeclared martial law on the island of Negros," Forro said, adding that people should be vigilant about the "undeclared martial law" set to spread not only on Negros, but also in Panay.

He said offices of the organizations under Bayani were the ones raided because of their critical stance on issues regarding the administration and policy of President Rodrigo Duterte, such as extrajudicial killings.

"They want to silence us by harassing us and raiding our office because they know we are the frontlines as a progressive block in protest actions," he said.

Meanwhile, PRO-Western Visayas spokesperson Lieutenant Colonel Joem Malong said they are not surprised by the protests from the progressive groups. He said they expected more protest actions after the incident on Negros Island.

"They will not react this way if they are not guilty," she added.

The police official said the police stand and abide by the law and that the groups should file an official complaint.

During the raid last October 31 and November 1, authorities seized different firearms, which the militant groups claim were planted.

The raid was conducted by operatives of the Philippine Army's 3rd Infantry Division, Negros Occidental Police Provincial Office, and the Criminal Investigation and Detection Group in Bacolod City and Escalante City.