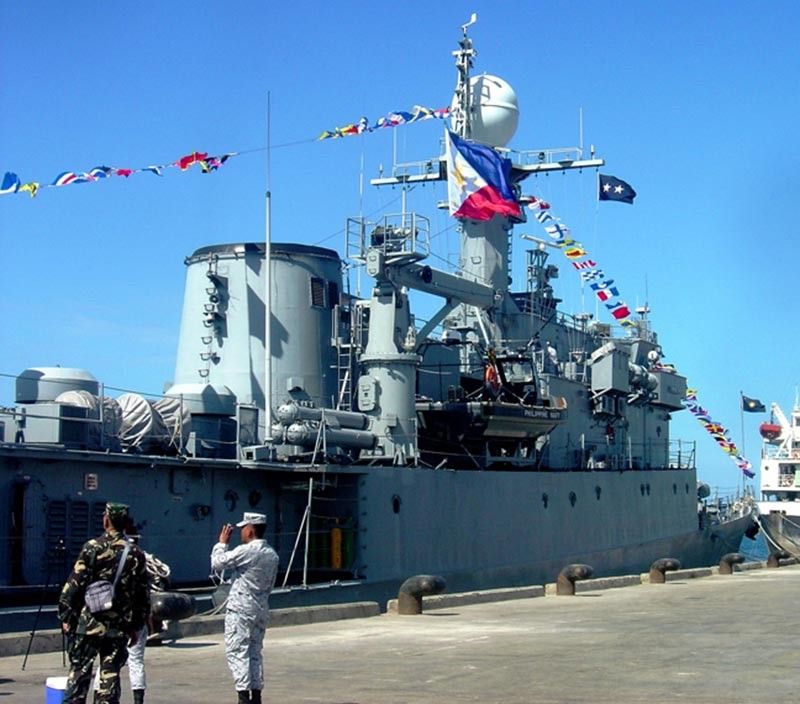 ZAMBOANGA. The BRP-Conrado Yap, the newest and advanced ship of the Philippine Navy, drops anchor Monday, November 4, at the port of Zamboanga as it was on a show of flag mission. (SunStar Zamboanga Photo)

THE newest vessel of the Philippine Navy, the BRP-Conrado Yap (PS-39), dropped anchor Monday, November 4, at the local port as part of its routine visit to key cities in the country.

Lieutenant General Cirilito Sobejana, Western Mindanao Command (Westmincom) chief, said the BRP-Conrado Yap, a Pohang-class corvette of the Philippine Navy, is on her “show of the flag mission” and will stay here until November 7.

Sobejana said the show of the flag mission is aimed to provide opportunity to the local chief executives and other stakeholders to view the newest vessel of the Philippine Navy.

“They are here to showcase to the public the newest vessel of the Philippine Navy,” Sobejana said.

The BRP-Conrado Yap is skippered by Navy Captain Marco Buena. The vessel, which was acquired from South Korea, is the Philippine Navy’s first modern corvette and, as of August 2019, its most heavily-armed unit.

It was named after Army Captain Conrado D. Yap, the most decorated Filipino soldier during the Korean War in the 50s.

Meanwhile, Sobejana said BRP-Conrado Yap will be deployed in the Sulu sea after it will complete its show of the flag mission in the entire country.

Sobejana said the deployment of the vessel will serve as a big deterrent “for the lawless elements to commit atrocities in our region.”

“It (PS-39) will enhance our security posture here in Sulu sea in securing the maritime domain,” Sobejana said. (SunStar Zamboanga)