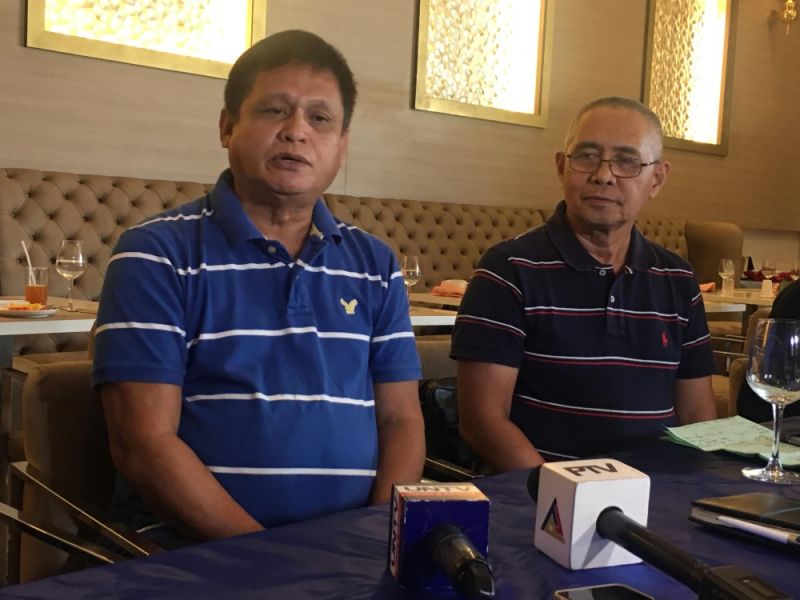 DAVAO. Regional directors of the Department of Labor and Employment (Dole) of Davao and Soccsksargen said during a press conference at Royal Mandaya Hotel, Davao City on November 3 that investigation on the structural integrity of the workplaces in the quake-stricken areas in their respective regions will start on November 5. (Roberto A. Gumba Jr.)

THE Department of Labor and Employment (Dole) will inspect earthquake-stricken workplaces in Davao and Soccsksargen regions and have proposed interventions to displaced workers.

Dole-Davao director Raymundo Agravante said they will inspect buildings in Davao City and Davao del Sur especially in the Municipality of Magsaysay.

Sisinio Cano, director of Dole-Soccsksargen, for his part, said their priority areas would be Koronadal, North Cotabato, Kidapawan, Makilala, and Tulunan.

“Meron tayong malls na tinamaan doon (We have malls that were affected there) like Gaisano Malls in Koronadal. In Kidapawan, [there] is the Eva Hotel and the Kidapawan Doctors Hospital. Ito yung mga priority areas na titingnan natin (These are the priority areas that we will look into),” Cano said.

He said there are many damaged workplaces in Kidapawan because it is where the commercial centers of North Cotabato province were located.

Agravante said once the inspected workplaces deemed unsafe for work, the regional directors will issue a temporary stoppage order to allow the carrying-out of necessary structural repairs.

The order will be issued 24 hours after the technical inspectors declare that the building is unsafe for work.

Cano said the labor department will also look into the welfare of the displaced workers alongside their occupational safety and health inspections.

“Meron na kaming pinopropose halimbawa (We have a proposal, for example), if there will be permanent displacement, one intervention could be to refer them to SSS (Social Security System) for their Unemployment Insurance,” he said.

Displaced workers due to calamities, he said, are qualified to claim the insurance for two months.

Under the SSS Circular 2019-011, employees are eligible to claim unemployment insurance when they have been involuntarily separated from employment due to the following but not limited to installation of labor-saving devices, redundancy, retrenchment or downsizing, closure or cessation of operation, disease or illness, and crime or offense of the employer against the employee, among others.

With the extent of damages, Dole has also sought the services of the engineers in different fields for the inspection who joined them in the meeting, Monday, October 4.

“It will be a convergence of all the partners, institutions, Pice (Philippine Institute of Civil Engineers), IIEE (Institute of Integrated Electrical Engineers of the Philippines, Inc.), and Occupational Safety and Health Network (Oshnet),and the group of mechanical engineers,” Cano said.