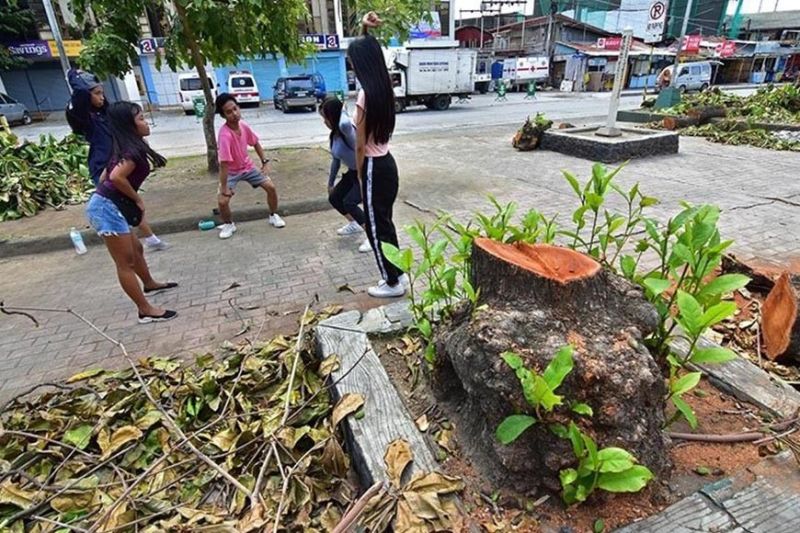 THE Department of Environment and Natural Resources-Davao Region (DENR-Davao) said they have not given any permit to cut down the trees at Clifford Park along Roxas Avenue, Davao City, which caught the ire of environment groups.

Earlier, Councilor Pilar Braga wants DENR-Davao to explain why it allegedly allowed cutting of trees in Clifford Park along Roxas Avenue after she received messages from concerned citizens regarding the incident at the center island park.

She said if the city government plans to convert and enhance the area into a children’s recreational park, there is no need for them to cut down the trees.

Although Braga appreciates the intention of the activity, she questioned if cutting the trees is really necessary to push through with the project.

Following the public uproar, Agas said that a meeting will be conducted to investigate the incident.

“There will be a scheduled administrative proceeding this week to discuss the issue with the City ENRO and concerned LGUs,” Agas said.

Some environment advocates like Interfacing Development Interventions for Sustainability (Idis) founder Arnold Vandenbroeck and executive director Chinkie Peliño-Golle expressed their concern on why the decennia-old trees in the center island park between the Davao Central Post Office and the Marco Hotel were cut.

They also voiced out their dismay and sought the government’s intervention to address this problem.

Cutting of trees without any permit is a violation under the law. Anyone who will violate will be liable under Presidential Decree 705 or the Revised Forestry Code of the Philippines.