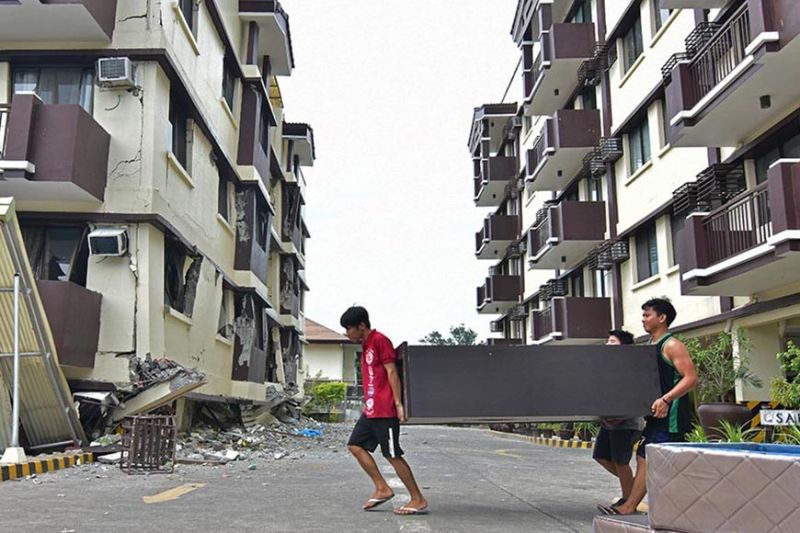 A LOCAL engineer urged fellow engineers to adapt a new method of structural design to ensure buildings in the Philippines are earthquake resilient.

Engineer Allan Botuyan said most of the structural designs in the country are either “fully rigid” or “ductile”, which will not guarantee resilience when earthquake strikes.

The term is used in earthquake engineering to designate how well a building will endure large lateral displacements imposed by ground shaking.

He said these “design philosophies” may no longer be applicable as it could pose complex and complication in the building structure, although these “outdated” designs are cheaper.

With this, Botuyan urged the engineers in the country to adapt the “base isolation structure” method of structural design of buildings.

He said base isolation is a state-of-the-art method in which the structure is separated from the base by introducing a suspension system between the base and the main structure.

“The purpose of this is while the earthquake will touch the building, only the ground will sway, although the building would still sway, but only a little,” Botuyan said on Monday during an event organized by Structural Engineers Association of Davao (Sead) at the Qualitest Solutions & Technologies Inc. office.

The engineer said most countries like the United States and Japan are using this design method since earthquakes are the most predominant forces that demand lateral design of a structure.

He added that base isolation designs in other countries are mostly done in government offices, hospitals, and other public areas.

Botuyan said he plana to communicate with various government agencies to convince them to shift to this method of building designing, to ensure the safety of the occupants.

He also said hospitals should adapt to base isolation design as well as he observed during his recent visit that some hospitals in Cotabato are already deemed uninhabitable because of the damage the recent magnitude 6.5 quake brought.

“In the next breed of engineers, we can go on this direction. Because we, the Philippines, are forever married to earthquakes,” he said.

Botuyan said he had been conducting random lectures to different engineering groups after last week’s quake damaged some parts of Mindanao, particularly in Tulunan, Cotabato.

Davao City was also affected with some structures experienced minor to major cracks.

“They need to understand the tell tail signs of determining, whether their house or building could withstand an aftershock,” the engineer said.

Botuyan was tapped by Sead to share his insights on basic earthquake engineering, along with how to conduct a rapid assessment on affected houses, building, and other structures due to the recent earthquakes.