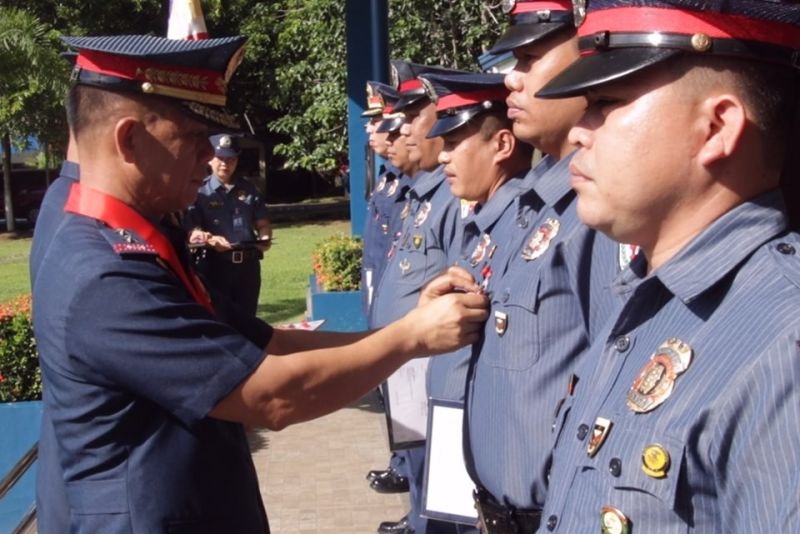 A TOP official of the Philippine National Police (PNP) on Monday, November 4, awarded “Medals of Heroism” to the members of Samar Provincial Police Office (SPPO) for the P600 million worth of intercepted “shabu” (methamphetamine hydrochloride) in Gandara town last October 17, 2019.

The awardees were Colonel Andrei Dizon, acting provincial director, and other representatives of SPPO and Regional Drug Enforcement Unit (RDU).

According to Felix, his visit was also “to create the stability during the transition and to make sure that everyone in our organization is performing, doing his job and delivering his services to the people.”

“To our personnel in PRO-8 (Eastern Visayas), do your job, do it well for the service of our kababayan in Eastern Visayas,” he added.

During the event, Felix praised PRO-Eastern Visayas personnel for the success of “Undas 2019” and its various accomplishments.

The top police official also reminded the police in the region “to be aware of what’s happening in the PNP but not to be affected by it, and instead continue to do your respective jobs and stay united.”