Putin bestows state award on honorary consul Garcia, first Filipino ever to get it 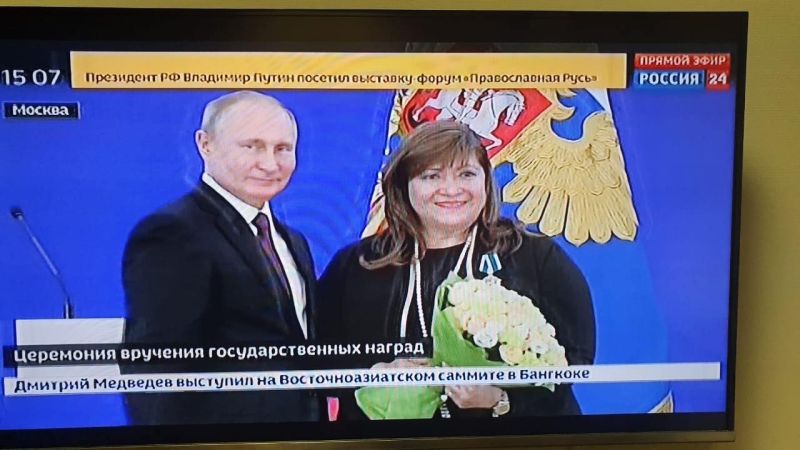 ORDER OF FRIENDSHIP. Honorary Consul to Russia Armi Lopez Garcia is conferred the prestigious Order of Friendship by Russian President Vladimir Putin at the Kremlin in Moscow on Nov. 4, 2019. She is the first Filipino to have ever received the state award, and it is for her having fostered better relations between Russia and the Philippines. (Contributed) 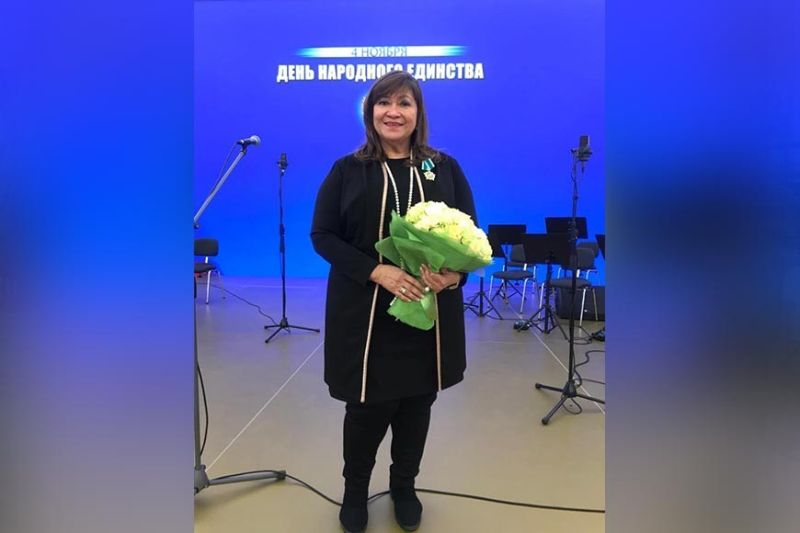 ORDER OF FRIENDSHIP. Honorary Consul to Russia Armi Lopez Garcia is conferred the prestigious Order of Friendship by Russian President Vladimir Putin at the Kremlin in Moscow on Nov. 4, 2019. She is the first Filipino to have ever received the state award, and it is for her having fostered better relations between Russia and the Philippines. (Contributed)

FOR her efforts to foster friendship between the Philippines and the Russian Federation, honorary consul to Russia Armi Lopez Garcia received the Order of Friendship from President Vladimir Putin in a ceremony held at the Kremlin in Moscow on Monday, Nov. 4, 2019.

Garcia, 66, is the first Filipino ever to be conferred the prestigious Order of Friendship by the Russian Federation.

The Order of Friendship is bestowed by the state of the Russian Federation on its citizens and foreign nationals whose work and endeavors have been aimed to better the relations with Russia and its people.

In her acceptance speech, Consul Garcia expressed her honor in accepting the prestigious award by the Russian Federation, "in recognition of my efforts to foster friendship between our countries."

She was appointed honorary consul of the Russian Federation in the Philippines in 2007. Since then she has launched projects that "explained the colorful history and rich culture of the Russian people to the Filipinos."

She has led trade missions to Russia, bringing with her local business people, to explore investment opportunities between Russia and the Philippines.

In her speech, she highlighted the "Meet Russian Program" that she has been conducting all over the Philippines as part of her active efforts.

"This program makes them realize that the Russians are indeed warm and educated people with many similar cultural traits as Filipinos," she said.

"I humbly dedicate this award to both the Russian and Filipino people who are starting to discover each other, not only as friends but also as long lost brothers and sisters. I am glad to be part of this journey of discovery, and I know that this powerful bond of friendship will continue to grow ever faster in the years to come," she said in her acceptance speech.

She thanked Ambassador Igor Anatolyevich Khovaev for his active involvement and support of the consulate's projects, as well as President Putin.

She likewise thanked her family for their inspiration and support for her endeavors as honorary consul.

Consul Garcia, interviewed over the phone from Cebu a few hours after she received the Order of Friendship, said the recognition challenges her to further strengthen the relations between the Philippines and Russia.

She is the founding chair of the Philippine-Russian Business Assembly.

She will improve tourism opportunities by working on having a direct flight between Cebu and Vladivostok, she said.

She will also push for direct flights between Cebu and three more cities in the Primorsky Krai, which is in the Far East region of Russia.

Among her focus programs is the enhancement of tourism opportunities between Russia and the tourist-drawing provinces of Cebu, Bohol and Aklan.

She will push for the renewal of the city sisterhood between Cebu City and Vladivostok. With Mayor Edgardo Labella expressing interest in this, it will not be hard to realize this, she said.

Cebu City and Vladivostok had sisterhood ties in 1996.

"While we are promoting the Philippines to Russians, we would like the millennials and Gen Z folks to go to Vladivostok and experience Russian winter," she said.

She said the state visits of President Rodrigo Duterte in 2017 and October 2019 indicate better relations between the two countries.

Consul Garcia is the wife of former transportation secretary Jesus Garcia Jr., who is also the chairman of the SunStar Publishing Inc. board.