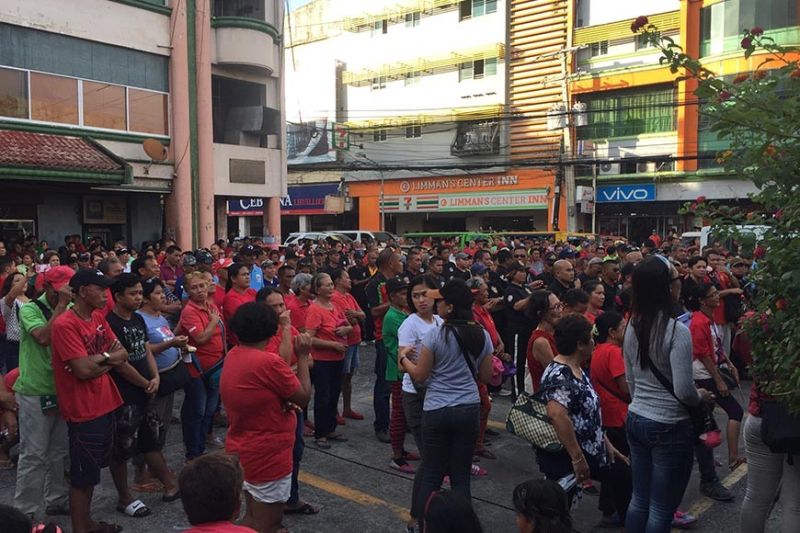 THE City Government of Bacolod has expressed support to the Armed Forces of the Philippines (AFP) and the Philippine National Police (PNP) to end local communist armed conflict.

Familiaran said they gathered to show their support to the AFP and PNP to end local communist armed conflict.

“We are public servants and we are mandated by law to serve the public, rich or poor, young or old, and all of us want peace,” he said.

Last Thursday, October 31, operatives led by the Criminal Investigation and Detection Group (CIDG)-Western Visayas, the Philippine Army and the Bacolod City Police Office personnel implemented search warrants issued by a Regional Trial Court in Quezon City in the offices of Kilusang Mayo Uno, Gabriela, and Anak Pawis in Barangay Bata, and the National Federation of Sugar Workers in Barangay 33.

The operatives also arrested 13 minors who are now under the custody of the Department of Social Services and Development.

The individuals arrested by the operatives were believed to be members of the so-called legal fronts of the Communist Party of the Philippines-New People’s Army (CPP-NPA) and are detained at the custodial facility of CIDG-Negros Occidental.

Familiaran said the operation was witnessed by the barangay officials so it is legal. But if they question the operation, they should prove that in court.

“It’s a wakeup call to all of us since minors were already part of the group. Let’s intensify our information dissemination to prevent recruitment of students,” he said.

The vice mayor added that in previous months, the City Peace and Order Council already approved a resolution declaring the CPP-NPA as persona non grata.

Familiaran encouraged parents to monitor the activities of their children in schools, among others.

Army Brigadier General Benedict Arevalo said the groups are using the minors to materialize their plans against the government.

“These kind groups should not be supported by people. We should support the government and not these groups,” he said.

He added that they are thankful to the local government for their support to end the local communist armed conflict.