‘Find your passion, maximize it’ 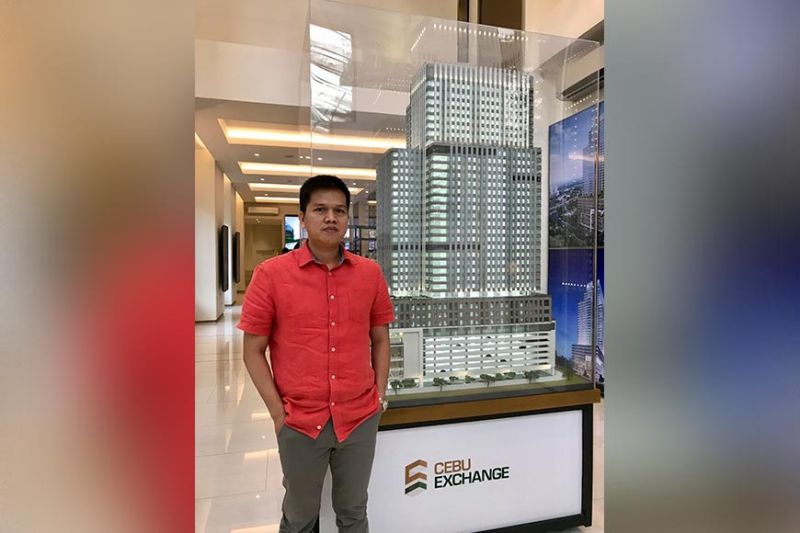 INVESTMENT. AmeeraTel Inc., the company co-owned by Roland del Rosario, is making a big investment in locating at the Cebu Exchange as it sets sights on growing its business in Cebu. The green office building of Arthaland Corp. is set to be completed by 2021. (Contributed photo)

THE story of Cebuano information technology (IT) professional Roland del Rosario is a testament that having a passion for something could be a strong weapon to succeed in life and career.

Looking back, the 43-year-old IT expert was a mere employee, working for several companies in manufacturing and business process management (BPM) until he slowly found his place in business.

Del Rosario now co-owns AmeeraTel Inc., a BPM company founded by Arab-American investor Ahmed Salem, whom he met at a time when he was caught up in what turned out to be one of the biggest challenges of his entrepreneurial career.

Because of his recognized expertise in IT, he was discovered by foreign investors who invited him to partner with them to open a call center, which was later known as Direct Access, in Cebu back in 2011.

But the business didn’t survive long. In 2012, the company failed and his foreign partners fled, leaving him at the mercy of having to face the over 600 affected and unpaid workers of that company.

It was del Rosario’s biggest trial at that time. But instead of leaving, he faced the problem head on and surrendered everything to God.

Del Rosario met Salem, a businessman based in the United States, online when he was trying to sell the now defunct Direct Access to interested investors.

After several negotiations, the Arab-American capitalist bought the business and paid the salaries and benefits of the displaced workers.

He acquired its facilities, technology, equipment and some of its workers. That eventually led to the establishment of AmeeraTel, now one of the growing BPM solutions providers in Cebu.

Today, the company employs around 150 workers and is now looking to even grow in Cebu as it invests in moving its new headquarters to the soon-to-be-completed Cebu Exchange, an office building developed by Arthaland Corp.

“This is a good investment for the company. We believe in the project. The location is very strategic,” del Roario said.

Del Rosario shared that much of who he is now is because of the passion on what he does and what he loves.

“Know your passion,” he said when asked what he has to advise aspiring entrepreneurs. “If you build something you want, you can maximize it. Always find your passion and get what you want.”

I worked for a manufacturing company for 10 years before I eventually joined the BPM industry. I was a systems analyst and IT manager back then. I also did consulting to some local companies in Cebu.

During my time in the manufacturing industry, I was already doing business. At 23 years old, I was alredy doing software development and business automation. I was already earning from that small business. Eventually, I established my own IT solutions firm which is iConnect Technologies in 2009.

When did you realize that this was what you were meant to do?

I enjoyed helping local companies in their IT needs. Business automation was my thing. The reason why I’m attracted to foreign investors looking to set up shop here is because I know how to set up infrastructure. It is my passion.

It was all about timing. I studied Information Technology at the Asian College of Technology. Eventually I developed my love for IT.

I invest in attending expositions overseas. I often traveled abroad. I met big investors. I went to India, the US and Singapore to discover the latest trends in the IT world and bring these solutions here.

My biggest failure would be the Direct Access downfall. But that experience taught me a lot of lessons. I realized that prayers do work. When I faced that problem, I prayed a lot. God heard me and He helped me.