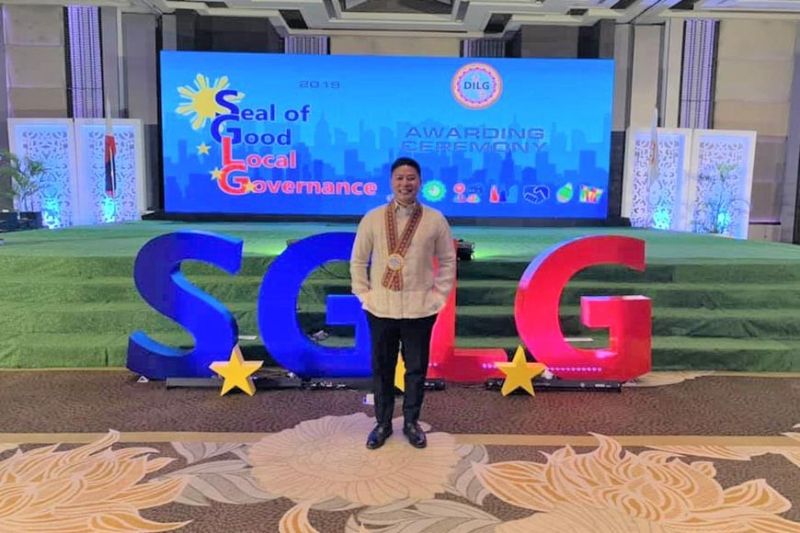 MAASIN City Mayor Nacional Mercado lauded on Tuesday, November 5, the contribution of his constituents and fellow officials after the city received the Seal of Good Local Governance (SGLG) award for the third time.

“This award goes to all Maasinhons and we in the local government unit will continue our best efforts to work hard even when our efforts are already merited as one of the passers of the most coveted SGLG,” said Mercado, as he received the 2019 SGLG award at the Manila Hotel Tuesday.

“Through the competent and collaborative efforts of the city officials, department heads, attached partner agencies and city employees, Maasin City established positive outcomes throughout the seven core areas as it once again proved its quality and organized service for its constituents,” he added.

Maasin, along with 20 other LGUs in Eastern Visayas, passed this year’s tougher assessment criteria set by the Department of the Interior and Local Government (DILG) covering financial administration; disaster preparedness; social protection; peace and order; business friendliness and competitiveness; environmental protection; and tourism, culture and the arts.

“We will aspire to hurdle the challenge of doing better to continuously achieve the gains of being able to benefit from national-government-funded projects for the betterment of our constituents and, most of all, to maintain the priceless honor that the SGLG award brings to the city and its people,” the 37-year-old mayor told SunStar Philippines.

According to Mercado, winning the SGLG award for three consecutive years “is a fulfillment of what I longed for and a hard-earned recognition.”

The DILG recorded a 44 percent increase or 380 total SGLG awardees across the country in 2019 than last year’s 263.

Earlier, DILG Secretary Eduardo Año said that SGLG 2019 "is extra challenging and to see these 380 LGUs rise to the occasion proves that there is good work executed at the local level for the benefit of the Filipino people,"

"The SGLG awardees list is the kind of list that you want to be a part of. All LGUs in the entire country were assessed but not everyone made it," he added.

In a statement, Año said the number of SGLG passers is a proof of the LGUs' improved performance, adding that “this year's standard was beefed up to challenge them to up their game.”

This year’s awardees are composed of 17 provinces, 57 cities, and 306 municipalities. (SunStar Philippines)