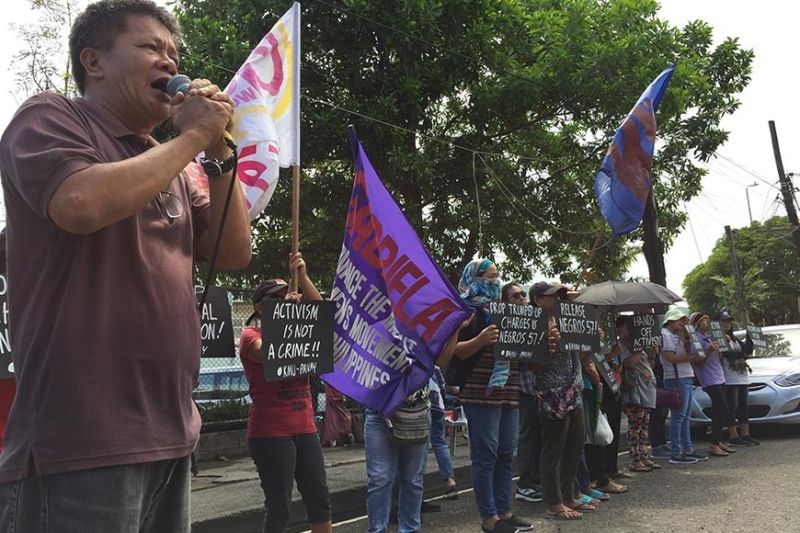 Elmer Forro, secretary-general of Bayan-Panay, said the incident in Manila happened around 1 a.m. when elements of the Philippine National Police (PNP) raided the office of Bagong Alyansang Makabayan-Manila on Flora Street corner Clemente Street in Tondo.

The search warrant was issued by Executive Judge Cecilyn Burgos-Villavert, the same judge who issued search warrants for the raids in Quezon City and Bacolod City on October 31 and Escalante City on November 1.

According to her kin, Suazo left her home early in the morning of November 2 to pay a visit to her departed loved ones in Panabo Davao del Norte. She was last seen onboard a tricycle on her way home.

"These series of raids, mass arrests, killings and desaparecido of legal democratic organizations will not hamper us from doing our mandate which is to serve the people," Forro said.

He added the people are hit every day by various economic and political policies like the effects of Train Law and the high cost of commodities, the impact of Rice Liberalization Law, extra-judicial killings, corruption in Duterte's administration, the sell-out of our sovereignty, and many more.

"These should be condemned and Duterte himself must be ousted and held accountable for his crimes to the people," Forro said.

"These issues are what drive the people to march the streets and demand accountability. These rights to freedom of assembly and speech are enshrined in our constitution and should not be considered as criminal acts," he added.

Forro said that to legitimize its attacks against legal mass organizations and activists, the Duterte administration, just like in their drug operations, has resorted to "planting pieces of evidence" during the conduct of the raid.

He said Bayan-Panay calls on the people "not to cower from the cowardly acts of this dictator regime and instead strengthen our ranks."

"Surely, just as history taught us, the people will triumph over these attacks and will be victorious in the end," he said. (PR)