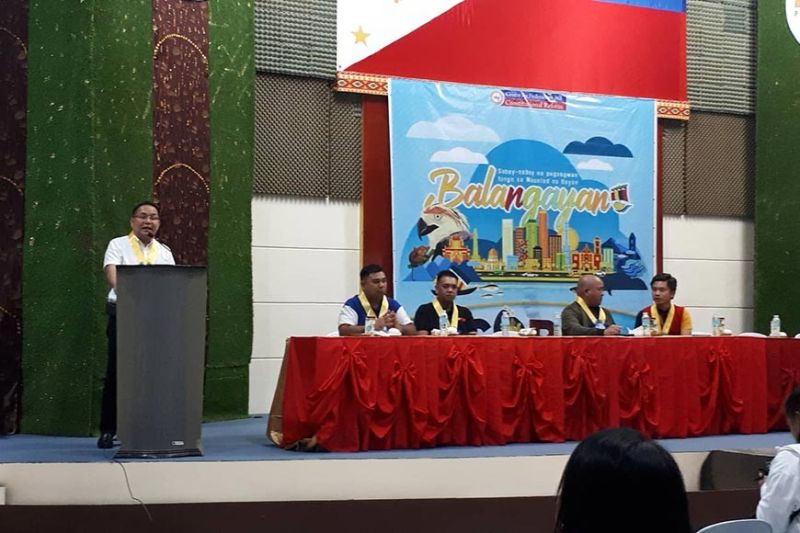 WHILE the push towards a federal government in the Philippines is still alive, the Department of the Interior and Local Government (DILG) along with advocate groups are changing strategy to simplify it down to the grassroots level.

On Tuesday, October 20, they conducted the Balangayan roadshow in Compostela Valley.

Mindanao Development Authority (Minda) communications head Adrian Tamayo, one of the federalism advocates present during the roadshow, said the highlight of the provincial roadshow is to highlight discussion of the new version of the Core.

Tamayo, also a member of the Inter-Agency Task Force on Federalism (IATF), said the roadshow will be more simplified yet comprehensive to make the proposed government set-up easily understandable especially to the marginalized.

“When we talk of federalism, it is a bundle discussion. Sometimes, people will not be able to easily digest the information we are disseminating to them,” Tamayo said in a phone interview.

“At the moment, puros lang siya (it is only) recommendatory in nature towards the development of the region,” he said.

The official said the roadshow is still in line with IATF, created by President Rodrigo Duterte in 2018, tasked in integrating, harmonizing, and coordinating ongoing efforts towards federalism and constitutional reform.

“This is a strategical amendment towards our push for federalism since we believe it will adress the boosting of the economy, address political party system, a stumbling blocks that prevents to accelerate our goal to federalism,” Tamayo said

Earlier, the DILG has created the CFCR to push the campaign for federalism. The CFCR will act as the central office in the production and distribution of campaign materials, such as pamphlets, presentations, and posters to be distributed online and offline to barangays nationwide.

Meanwhile, Lihok Pederal Dabaw (LPD) advocate Nerio Navarro previously said the move toward a federal government is not yet dead, according to its advocates, despite not being included in President Rodrigo Duterte’s recent State of the Nation Address (Sona) last July.

Navarro, however, admitted that changing the new political system “is not yet the right time for it will do no good for the country, and the president.”

DILG had also mandated the barangay government unit to participate in the campaign towards federalism. (RGL)