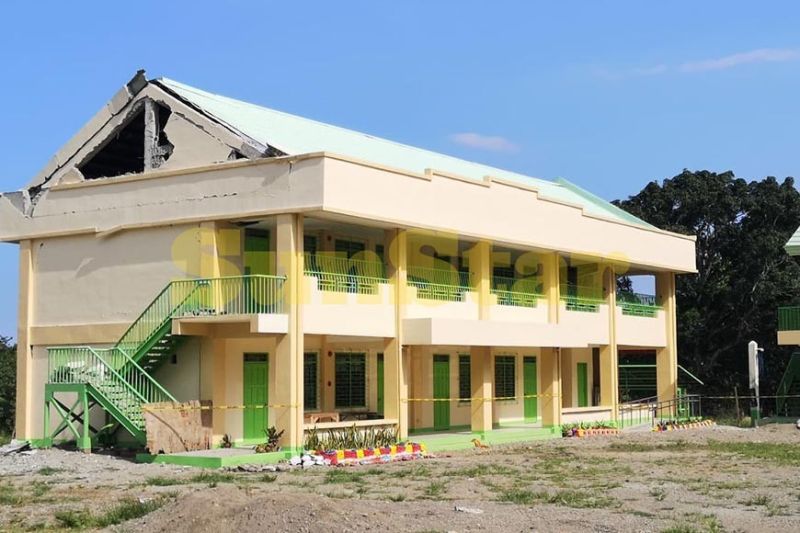 THE recent earthquakes that struck some parts of Mindanao had damaged a total of 440 classrooms in Davao Region, the Department of Education (DepEd) reported on Tuesday, November 5.

DepEd-Davao Regional Office spokesperson Jenielito Atillo told SunStar Davao that the classrooms were already damaged when the magnitude 6.6 struck in Tulunan, Cotabato on October 29, 9:04 a.m. However, a magnitude 6.5, in the same location struck on October 31, 9:11 a.m., causing further damage in these classrooms.

Atillo said although they still do not have the classified data on the severely damaged classrooms, most of it are coming from areas in Davao del Sur, which is near the epicenter.

DepEd, in consonance with the instruction of Davao City Mayor Sara Duterte-Carpio, issued a class suspension in all levels until November 4, Monday, to give the school administrators, the City Engineer’s Office (CEO), and private structural ample time to inspect and assess damages brought by the recent earthquakes.

“The regional director gave a directive to all school heads or principals that they have to ensure that all buildings were assessed by their respective structural engineers by the DPWH (Department of Public Works and Highways) or private engineers before declaring the resumption of classes,” he said in a phone interview on Tuesday, November 5.

He said the DepEd central office, along with city and municipal engineers, already assisted in the assessment of school structures to fast-track the inspection, and to give immediate recommendation, if damage was observed.

He added that almost all schools with damaged classrooms were able to resume their classes Tuesday, November 5, because they were able to allocate makeshift classrooms for the meantime while waiting for the replacement of the damaged buildings.

Atillo, however, said DepEd Secretary Leonor Briones directed to prioritize the construction of damaged classrooms to a new location to ensure the safety of the students and the teachers.

“As much as possible, we want everything to go back into normal. We will make sure that we will be looking for an area within the school compound, which is safe and will not traverse into the fault line. That is the marching order of Secretary Briones,” he added.

Aside from putting up temporary classrooms, the official said school officials can impose make-up classes on Weekdays or on Saturdays, however, he said having a makeup class will only be used as a “last option” because DepEd is discouraging schools to conduct classes on weekends, which are intended for “family time”.

“They could also just give assignments, projects, or even perform special activities to fill in the absences or the suspension of classes brought about the earthquake,” he said, adding that students may not be required to enter the classroom if the situation calls for it, but they have to have special assignments to be answered at home.

However, Atillo said schools are advised to resume classes since they cannot afford to allot more suspensions since the DepEd central office already gave a memorandum that the classes will only be until December 15, in time for the Christmas break.

“We wanted to double time everything we have problems in our remaining days. We can no longer extend classes after December 15,” he said.

He, however, said he cannot blame the parents if they would not allow their child to go to school brought by the worry of a possible aftershock, as warned by the Philippine Institute of Volcanology and Seismology (Phivolcs). But he advised everyone to report to school immediately once the school principal orders the resumption of classes.

Prior to the earthquakes, Atillo said DepEd has long been requiring school officials to secure a certification from the Mines and Geosciences Bureau (MGB) before constructing schools.

He added that majority of the damaged schools were constructed more than 10 years ago before they were damaged by the quakes. He, however, said they would be stricter this time in allowing the construction of school buildings to ensure that no classroom will be situated near a fault line.

Meanwhile, Atillo revealed that 22 teaching and non-teaching personnel were displaced after their houses were severely damaged by the earthquake. He said most of them are from Davao del Sur.

Although he said none of them were physically injured, they are now being provided with financial and psychological assistance.

He said DepEd has been providing psychological assistance to school student and staff, since the Typhoon Pablo hit Compostela Valley in 2012.