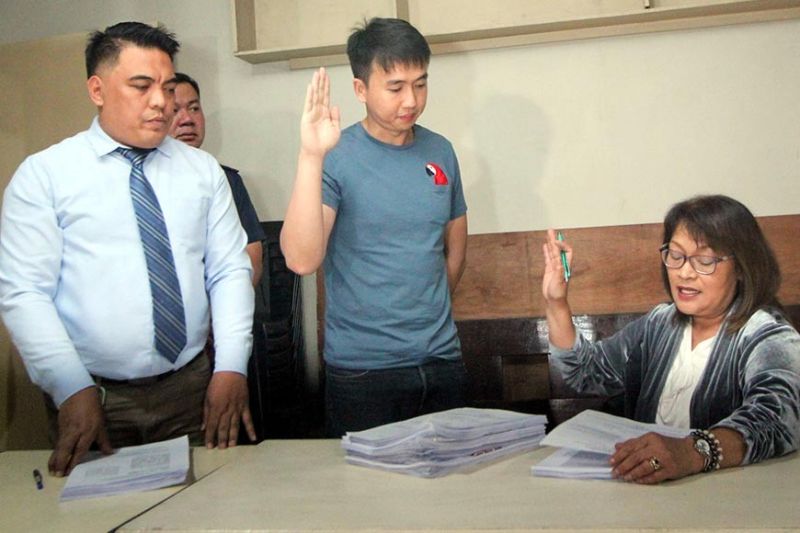 The supplemental complaint with Dexter’s sworn statement was received on November 4 by Prosecutor Margarita Manalo past 4 p.m. at the Baguio City Prosecutor’s Office.

Bonifacio said the complaint is a supplement to cases earlier filed by Dormitorio on October 8.

“The cases filed today were actually based on investigations and recommendations of NBI. The family was convinced to include them in cases of Hazing, Torture and Dereliction of duty,” Bonifacio said. “We considered the paper trail after a more detailed investigation by NBI, we received statements na nakarating sa kanila iyong nangyari kay cadet Dormitorio, but there were no actions.”

National Bureau of Investigation in Cordillera (NBI-CAR) earlier filed cases versus the two generals, six cadets, and three doctors to be charged with violations of the Anti-Hazing Law of 2018 and Anti–Torture Act of 2009 and or Article 248 of the Revised Penal Code and dereliction of duty as defined by the Revised Penal Code.

The NBI complaint added the inclusion of Bacarro and Evangelista as additional respondents was justified based on the evidence gathered that shows hazing and torture had been ongoing and properly reported to these officers yet they did not perform any act to prevent it.

The panel of prosecutors composed of Edwin Brian Sagsago, Conrado Catral Jr., and Margarita Manalo are still investigating the case earlier filed to the City Prosecutors Office and awaiting for the reply of respondents.

Police investigation shows Dormitorio died September 18 due to injuries he sustained from beatings inflicted upon him several times by his upper class cadets inside the academy.

Bacarro and Evangelista earlier resigned from their posts as a virtue of command responsibility after Dormitorio’s death.

Dexter also asked PMA to file criminal charges to those cadets inflicting hazing against others and questioned Asia’s premiere academy’s seriousness in its fight against maltreatment.

Dormitorio also asked parents of maltreated cadets not to be silent.