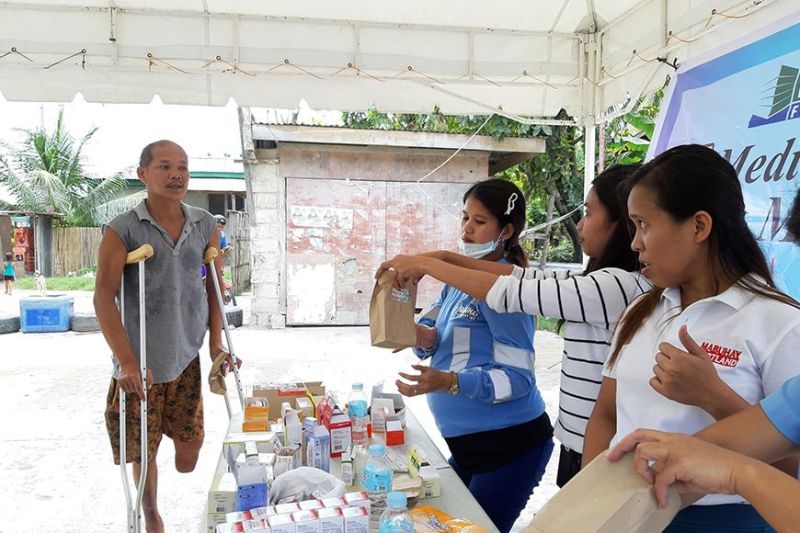 ABOUT 800 residents of San Fernando town, Cebu were recipients of Mabuhay Filcement’s recent community wellness services—medical consultations and distribution of medication for common ailments such as coughs, colds, fever, diabetes, hypertension and conjunctivitis, antibiotics for viral and bacterial infections, and vitamins.

The services were held in Barangay South Poblacion, just near the company’s manufacturing plant. Served were the residents of puroks Calao 1 and 2, Lawin, Siloy, Boongon, Punay, Orchids and Nangka.

Another similar activity will be held for the residents of other areas in the barangay.

South Poblacion Barangay Councilor Rogelio Manugas praised the activity, which helped the residents. He expressed gratitude to the Mabuhay Filcement’s outreach initiative as it supplemented the barangay unit’s efforts in addressing health issues of its constituents.

The beneficiaries also availed themselves of free doctors’ consultations for various complaints.

Some of the residents underwent free blood sugar tests.

On the sidelines of the medical mission, South Poblacion residents and their children were treated to ice cream and snacks.

In the past months, the community wellness series of Mabuhay Filcement was brought to Barangays Balud and Panadtaran.

In Barangay Balud, where the mission was conducted last April, a total of 286 residents were served.

Last July, 278 residents in Panadtaran were served by the company’s volunteers.

Community outreach initiatives are currently being streamlined to support and enhance ongoing private and government sector efforts in public health, education and environment.

Mabuhay Filcement, a homegrown manufacturing company, has its production plant in San Fernando.

The company contributes to nation-building by producing high-quality, reasonably-priced cement in support of a continuously growing economy.