Mayor: SGLG validates all other awards of Bacolod 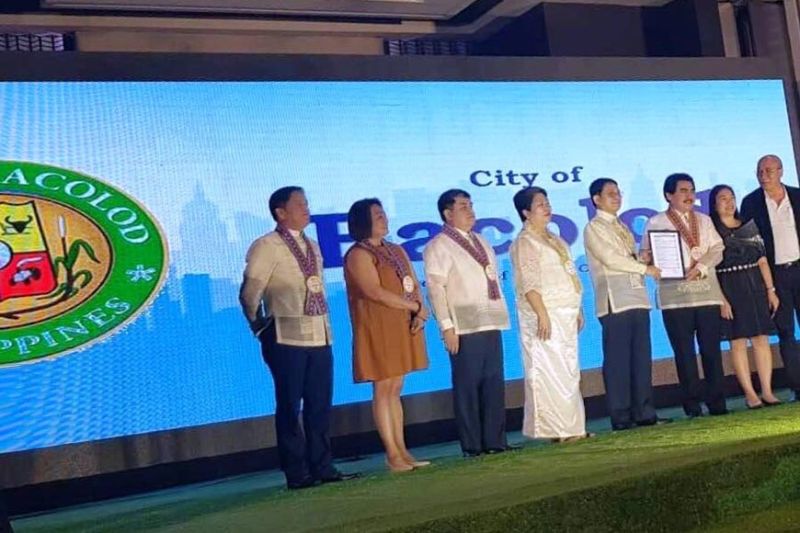 This is what Mayor Evelio Leonardia, who received the award together with Vice Mayor El Cid Familiaran and City Hall heads at rites at The Manila Hotel November 5, stressed as he described the award as the “highlight of all our highlights in 2019.”

“This validates and legitimizes all our other awards and recognitions coming from other institutions,” he said.

Leonardia said, “The SGLG is our guidance, recognition, reward, and inspiration. This also raises our standards in local governance and we now have that additional moral obligation to sustain and maintain our brand of local governance,” he added.

The mayor further said, “This should set our direction and quality standards henceforth, because we know that it is easier to reach the top, than staying on top.”

“This will be our credo in our quest to serve our people to the best we can and bring our city to unprecedented heights in progress and development,” he stressed.

In September, Bacolod was recognized as the Top Philippine Model City 2019 by The Manila Times, the oldest newspaper in the country. Aside from this major award, Bacolod received two special awards: Business-Friendly / High Returns, and Retirement Haven.

In October, Bacolod received a Special Citation in the 2019 Most Business-Friendly LGU Awards under City Level 1B category for cities outside Metro Manila.

The DILG congratulated Bacolod for such “remarkable achievement.” Bacolod is one of the only five cities in Western Visayas that passed the said award. The other cities are Passi, San Carlos, Silay, and Victorias.

In a letter to Leonardia, DILG Secretary Eduardo Año said, “The DILG has been steadfast in promoting the practice of good local governance and the principles of transparency, participation, and accountability.”