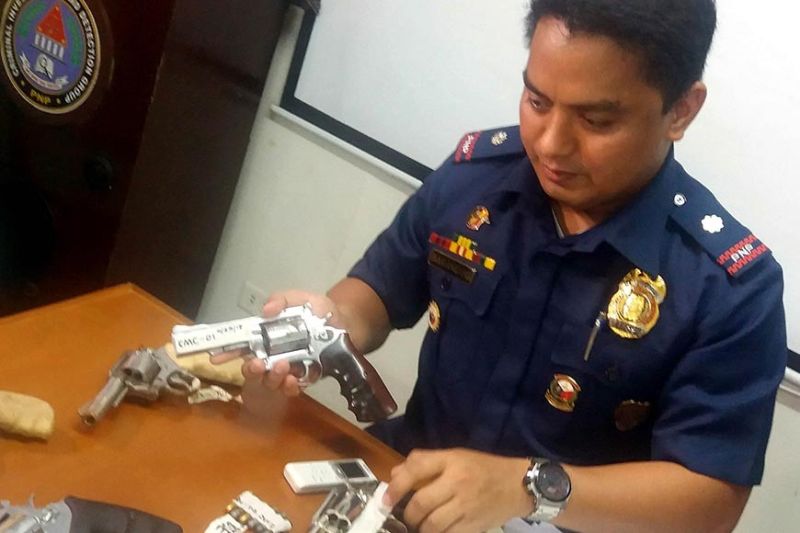 Labella, who was recently sworn in as head of RPOC 7 in Malacañang, had been handpicked by President Rodrigo Duterte.

Barandog, former commander of the Cebu City Mobile Force Company (CCMFC), said two of his priorities will be the campaign against illegal drugs and finding a solution to the insurgency problem in Negros Island.

According to Barandog, who is currently detailed in the office of Philippine Charity Sweepstakes Office (PCSO) General Manager Royina Garma, he will be submiting proposals to address these problems.

“I will give the mayor my input on how I can help. First, with the fight against illegal drugs. Second, with the fight against insurgency, particularly in Negros. If we do not address the insurgency problem in Negros, it will escalate to neighboring provinces like Cebu, Bohol and Siquijor. These three areas are tourist destinations. It’s important that we safeguard these areas in Central Visayas,” he said in a mix of Cebuano and English.

Barandog said his appointment as peace adviser will raise the morale of the police and the military since Labella picked someone who is still active in service.

However, he clarified that it doesn’t mean that his decision will prevail in the RPOC 7, saying he still has to consult and get the approval of his superiors.

“Being a junior officer, we have a regional director and commander from the Army that we have to consult. Just because I was appointed by the mayor at the same time chairman of the RPOC 7 doesn’t mean I have all the answers. We will seek the advice of the senior officers on the ground,” he said in a mix of Cebuano and English.

“We will collaborate and collect their ideas and information, and we will give to Mayor Labella as chairman for him to be informed and from there, we will find a solution,” he said.

Labella, in an interview with SunStar Cebu, said he chose Barandog because of the latter’s experience as a police officer assigned in several assignments in Central Visayas. Upon appointing Barandog, Labella advised him to focus on the fight against illegal drugs and criminality.

Labella said the controversies that hounded Barandog in the past were hearsay, especially since these took place during the time of his predecessor, former mayor Tomas Osmeña. “Since they were done at the height of the election season, they are just mere accusations,” the mayor said.

Osmeña had accused Barandog of harassing his supporters during the campaign period. The former mayor also said Barandog was responsible for killing two tanods and a female supporter in Barangay Lusaran while the CCMFC served a search warrant last February.

Osmeña had appealed to then Cebu City Police Office director Garma to transfer Barandog outside of the city after he was linked to the killings.

Weeks before the May 13, 2019 elections, the former commander of the CCMFC and Osmeña had an encounter at a checkpoint after Osmeña’s vice mayoral candidate, then city councilor Mary Ann de los Santos, called him for help after she accused Barandog’s men of harassing their convoy.

But the police said they were just conducting a checkpoint when de los Santos’ motorcycle convoy did not stop, which alarmed them.

Several months after the election, Garma retired from the police force and was appointed general manager of the PCSO by Duterte.

Garma then requested Camp Crame to assign Barandog at the PCSO so he could help her solve PCSO’s problems in the Visayas. (PAC, JKV, PJB)