Another look at Taiwan 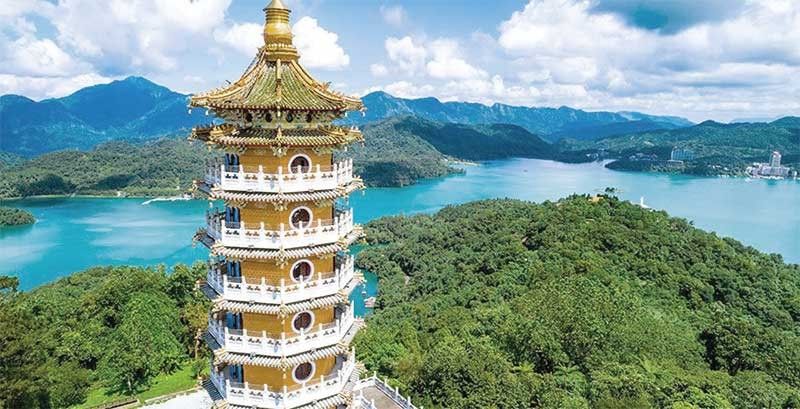 SUN MOON LAKE. The biggest lake in Taiwan located at the foothills of the Central Mountain Range in Taichung. (Contributed Photo) 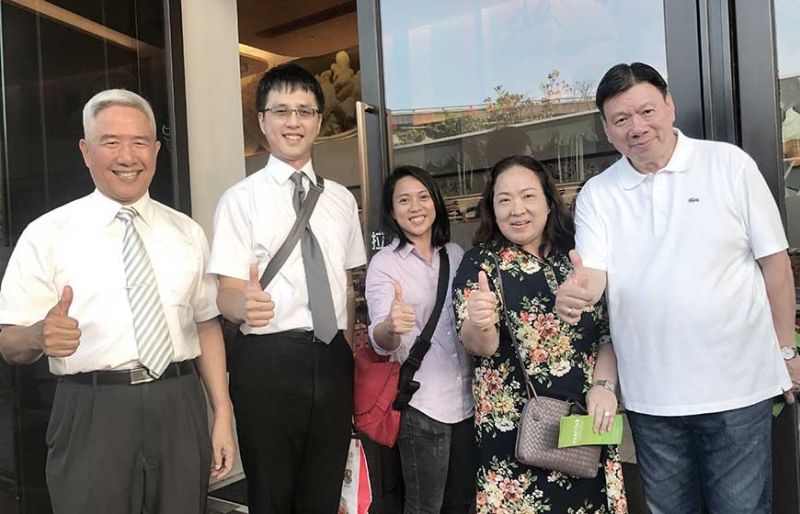 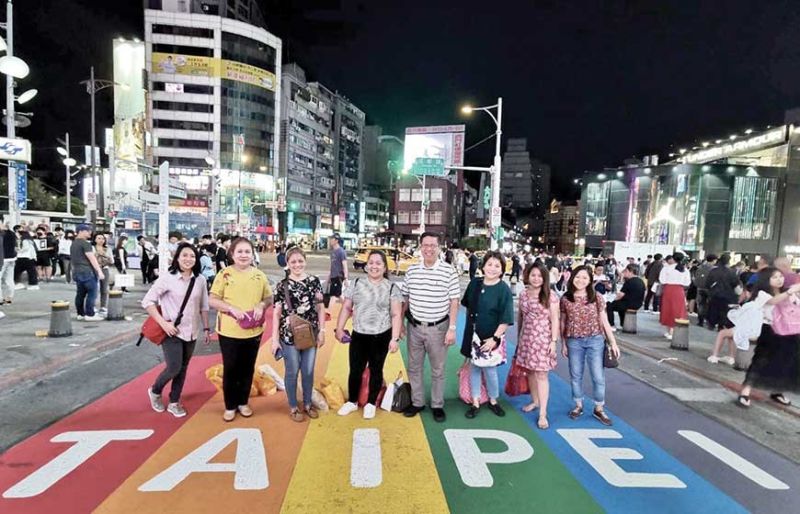 XIMENDiNG. At the night market. 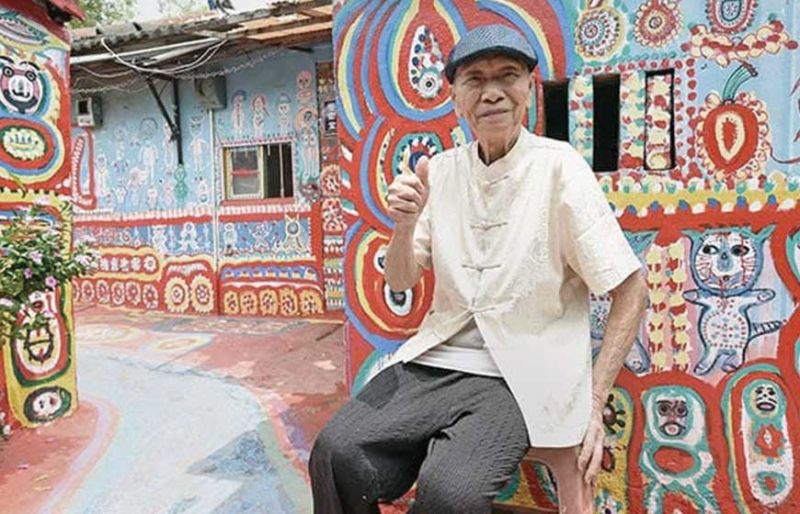 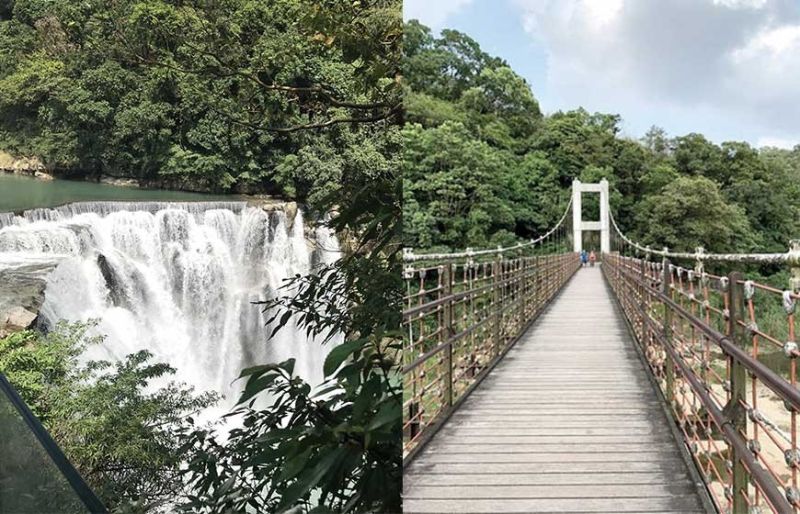 SHIFEN WATERFALLS. At right, the bridge leading to the waterfalls. (Contributed Photos) 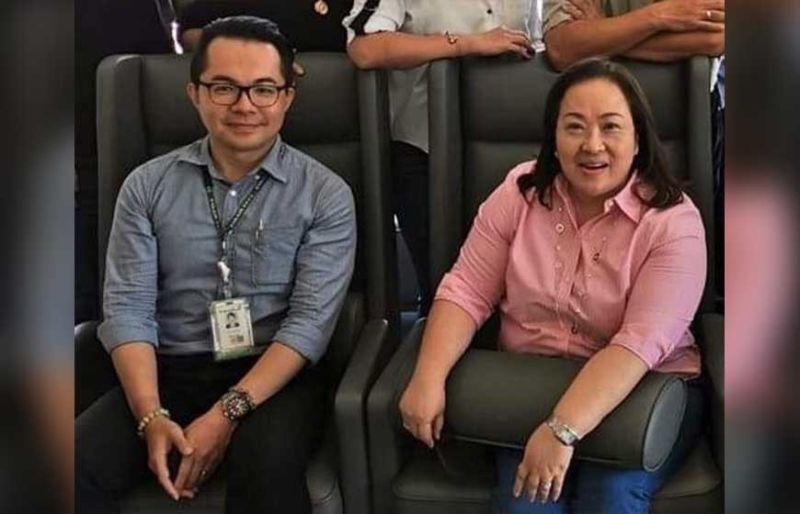 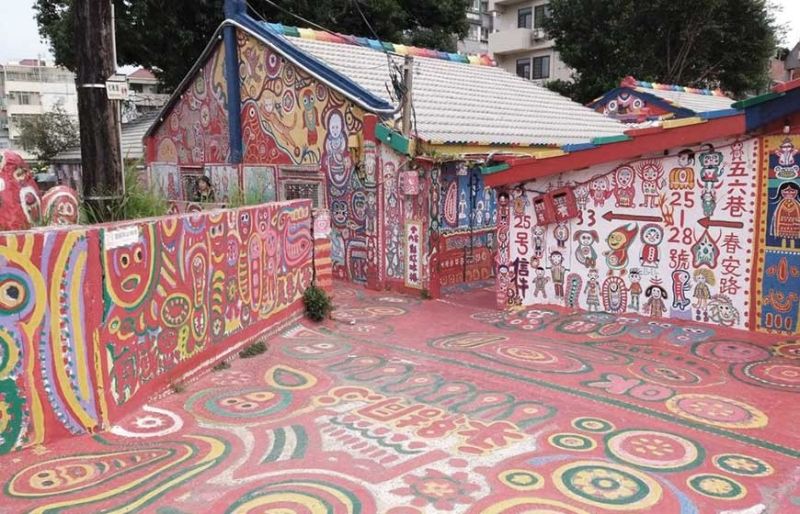 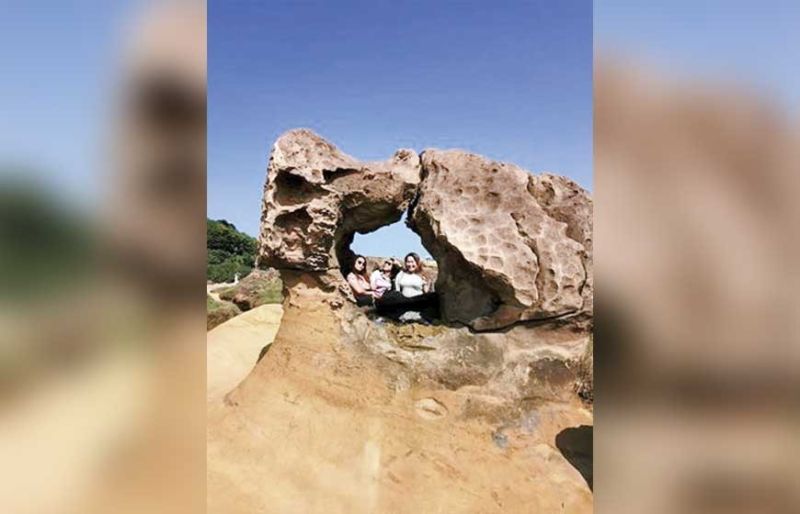 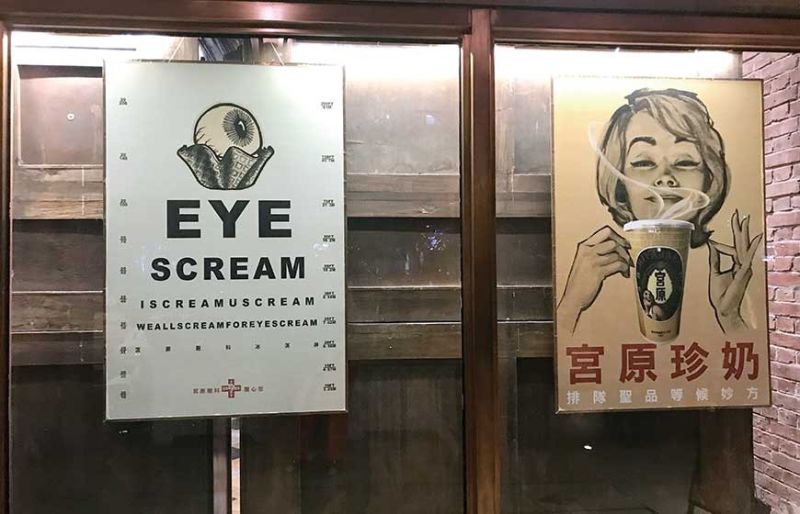 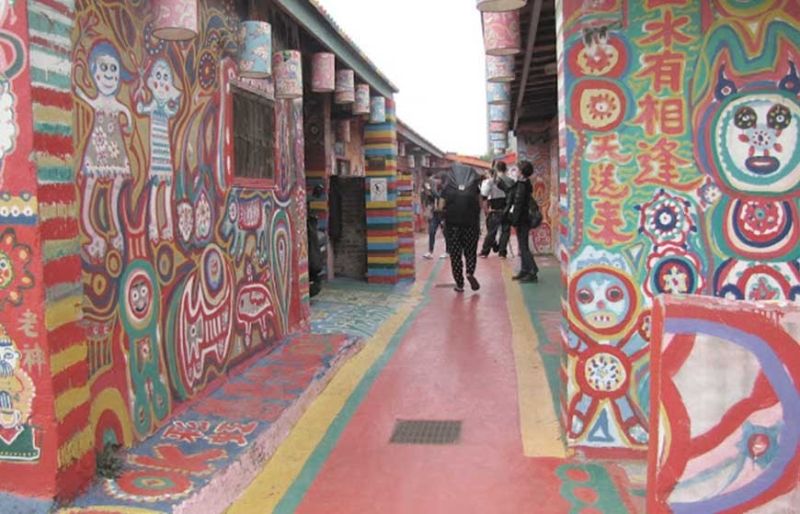 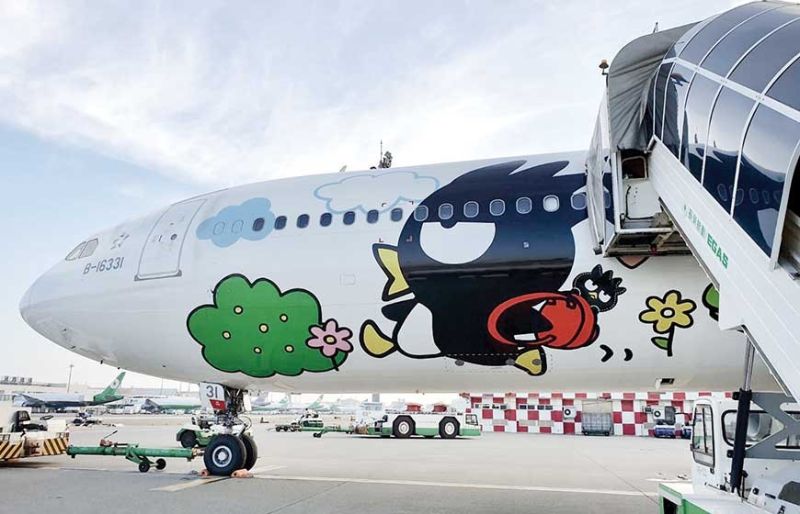 EVA AIR. The Bad Badtz-Maru (a colorful Sanrio character), one of the EVA Special Livery Jets brought us home to Cebu. 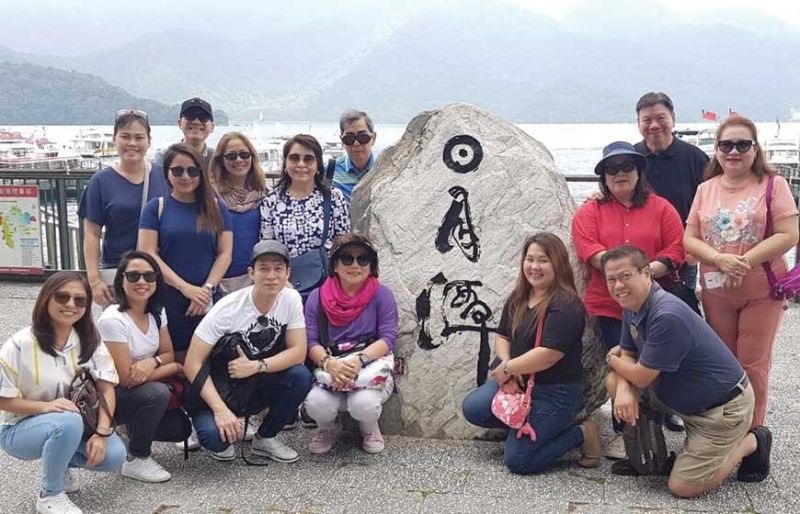 THERE’S so much more to Taiwan than just its capital city of Taipei. I must admit though, that I have always equated Taiwan with Taipei because my earlier trips there were focused on Taipei. Last month I joined a group of travel agent friends to this neighboring island and this time around we proceeded to Taichung, its third largest city. Located at the center of Taiwan, Taichung is about two hours drive from Taipei passing through lush hillsides and verdant farmlands. Yes, Taiwan is so enviably green.

Since we arrived in the evening, our first experience in the city was its night life. For dinner, Nelson and Baby Dy of Grand Hope Travel (coordinator of the trip) treated us to the well known Taiwan specialty of tender, savory, stewed pig knuckes (somewhat similar to our humba). Yummy! For dessert, our guide insisted that we go to Miyahara for some “Eye Scream.”

Miyahara is a vintage red brick building which used to be the largest opthalmology clinic in the city. It now houses a popular ice cream parlor with a cake and tea shop beside it. Hence the play on words...EYE SCREAM on the shop window with a logo that shows an eye (in remembrance of the eye clinic). Innovative because it sounds the same as ice cream! And yes, Miyahara ice cream is famous for its extensive choices of ice cream flavors and toppings.

But of course our night would not have been complete if we didn’t go to the night market for some retail therapy. So we did!

First on the next day’s agenda was a visit to Rainbow Village, a compoud of old houses brightly painted with murals of animals, dolls and Chinese mythological creatures. Originally a housing settlement for soldiers, the place was transformed by former soldier Huang Yung-Fu into a colorful village when he started painting artworks in his house and then extended his art to the other houses which by that time were mostly abandoned by the tenants. It is now dubbed as the most “instagrammable” tourist stop in Taichung.

Our second destination that morning was Sun Moon Lake. Nestled at the foothills of Taiwan’s Central Mountain Range, it sits in the midst of luxuriant forested peaks with towering pagodas and picturesque temples dotting the scene. Most known are the Ci En Pagoda and the Wen Wu Temple. Sun Moon Lake is Taiwan’s largest lake and we took a leisurely cruise along its placid, blue waters.

On the way back to Taipei we stopped by a cake factory/pasalubong center called Vigor Kobe to watch a demo on the making of Taiwan’s signature pineapple cake. We then tried our hand doing it.

Our itinerary in Taipei focused on the Northern Coast tour which included Yehliu Geological Park with its unique rock formations, the Pingxi Sky Lanterns (where we wrote our wishes before releasing the lighted lanterns), and Shifen Old Street by the railway track. These places have been written about in this section so I won’t elaborate on them anymore. However there was the Shifen Waterfalls not too far away which I found dreamy and fascinating. Located on the upper reaches of the Keelung River, it is nicknamed the Little Niagara of Taiwan because of its horseshoe shape and powerful flow. The cascading falls is 20 meters high and 40 meters wide.

After the tour, we spent time at the Duty Free Shop where we met the father and son tandem of Peter and Dennis Kuo, president and sales manager, respectively, of Edison Travel Service, Co. Ltd., the favorite partner of Cebu travel agents for land arrangements in Taiwan. They booked us at the Park City Hotel in Taichung and Taipei; and another two nights at the Just Sleep Hotel in Taipei. These hotels are all conveniently located and known for their comfortable accommodations and excellent service.

No way would we miss a foray into the legendary Taipei night market with its bargains galore and aromatic food stalls. And that’s what we did after all the tours. We made the rounds of the stalls and stores at the famed Ximending Shopping Area.

We had one free day and we spent time at Taipei 101... no we didn’t go to the top...been there, done that. After “casing the joint” and visiting the boutiques, we found ourselves in the supermarket going “gaga” over the fruits - huge custard apples (atis), oversized-almost-seedless guavas, and the pink fleshed aromatic guavas. Oh yes, we bought the sourish-sweet-salty Taiwan salt to go with the guavas.

It was a chilly autumn morning when we said goodbye to Taipei. We boarded the eye-catching Bad Badtz-Maru (a colorful Sanrio character), one of EVA Air’s EVA Special Livery Jets. What a fun ending to a very pleasant interlude in Taiwan!