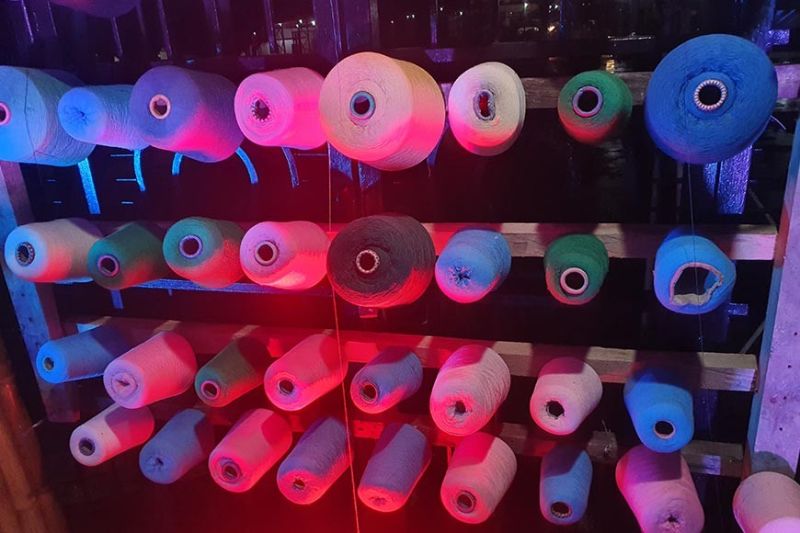 ILOILO. Colorful cotton yarn is on display at the cultural hall of Miag-ao Iloilo as the locals display their excitement in becoming the weaving capital of the country. (Jun N. Aguirre)

MIAG-AO, Iloilo -- The Department of Science and Technology (DOST) is reviving the century-old hablon or traditional handweaving to help spur the economy in the southern part of Iloilo.

DOST Secretary Fortunato Dela Pena said Wednesday, November 6, some P40 million was given to the weaving facility of the Iloilo Science and Technology University (ISAT-U) to become the center of research on textile and production.

Dela Pena was in Iloilo to inaugurate the Regional Yarn Production and Innovation Center.

The center is being supported by the local government, the DOST Philippine Textile Research Institute (PTRI), ISAT-U, Commission on Higher Education (Ched), and the Great Women.

“I hope for this sustainability. We have now completed the missing link for yarn production. Weavers can now source their weaving materials locally and there’s an equipment where weavers can use the technology to fast track their weaving,” he said.

For his part, Miag-ao Mayor Macario Napulan said that in early 1900s there were around 4,000 weavers in Miag-ao.

However, due to speedy economic development in Iloilo City, many weavers left their tradition and opted for blue collar jobs.

“Now, there are only around 259 weavers left in seven weaving centers,” said Napulan.

Celia Elumba, PTRI-DOST director, said that the town of Miag-ao has been identified as a regional center for Western Visayas because of the responsive convergence of partners.