Bzzzzz: What keeps Labella-Rama alliance: 'We talk to each other' 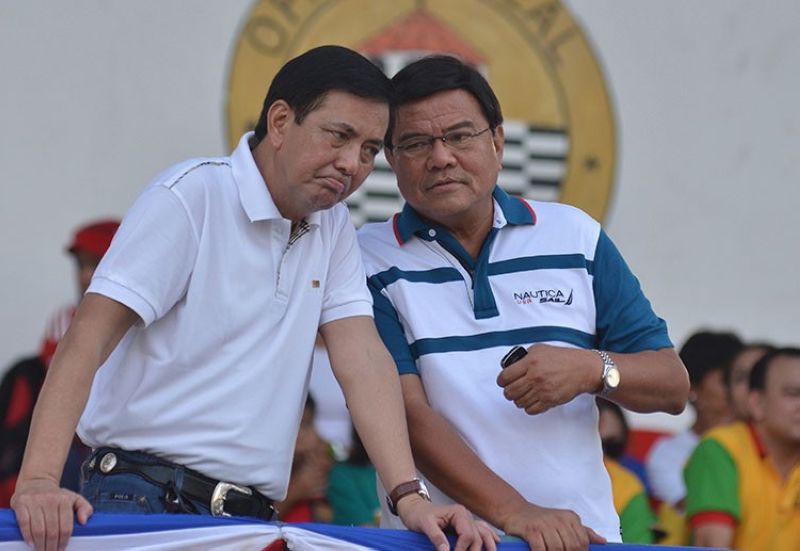 [1] LENI ROBREDO'S DECISION TO ACCEPT THE DRUG CZAR POST. The Vice President's acceptance of President Rodrigo Duterte's offer carried more theater and suspense because of the earlier report that her camp had rejected it. Conversations are on whether Robredo had fallen into a trap laid by the President.

[2] WHO WON IN ROUND 1 OF MCWD BATTLE? Not Cebu City Mayor Edgar Labella whose sacking of the MCWD board hangs, awaiting review and approval by the Local Water Utilities Administration. But the first stage included the LWUA interim board returning to Manila with the initial result it did not expect.

They talk to each other: Cebu City Vice Mayor Mike Rama said he and his mayor, Edgar Labella, do.

When pressed by co-host Edgar Gutierrez, on Bobby Nalzaro's public affairs program on dySS radio Wednesday (November 6), to explain how Mike and Edgar could present a unified stand of the Labella-Rama administration when the vice mayor disagrees with the mayor on some public issues, Mike's answer didn't explain except to say: "We talk."

Privately, one supposes, even as Mike talked publicly -- in radio talk shows and before the City Council -- that he disagreed with the mayor on the total clearing of vendors on Cebu City's major sidewalks, thus telling city residents the two top leaders' views clashed on the issue.

Do they quarrel publicly before talking privately? He assured though the party under which they won, Partido Barug, is united.

Still, on the issue of Labella having created a governing board to work with and oversee the Sinulog Foundation Inc., Mike insisted, in Wednesday's dySS interview, that the governing board overlaps the work of the foundation. That was why he resigned as chairman but remains as board member.

That must provide a metaphor for Mike's position: he cuts off one chord but keeps another. Rama expressed his opposition to, if not anger over, the Sinulog governing board by quitting as foundation chairman but would not break away completely, thus retaining his seat as foundation board member.

He won't undermine Labella's administration though, Rama indicated. He said he wants the Labella watch to succeed as Edgar's failure or success would also be Mike's.

If Rama's talking publicly about his views that, on some issues oppose Edgar's, is a major way for the current City Hall leaders to succeed, then the alarm bells over a Barug split may be premature. Or is it due to the bell ringing, that the two top leaders are getting their act together?

Does he make 'em roll?

One "weird" practice of Mike, during his term as mayor from 2013 to 2016, was to make key officials and political leaders lie or roll on the floor during his pep talk.

What was it all about, Bobby Nalzaro asked him.

At first denying that he told them to lie or roll on the floor ("I only made Ramil Ayuman sit"), Mike soon explained that, as public servants, they should be prepared for anything such as sleeping on the floor. Did that make sense?

Whatever, he could not spread his gospel for long. He lost in the 2016 election to Tomas Osmeña who used the drugs issue against Mike, which, if true, might also explain the exercises of lying and rolling on the floor.

It is not known what team-building style Mayor Labella uses.