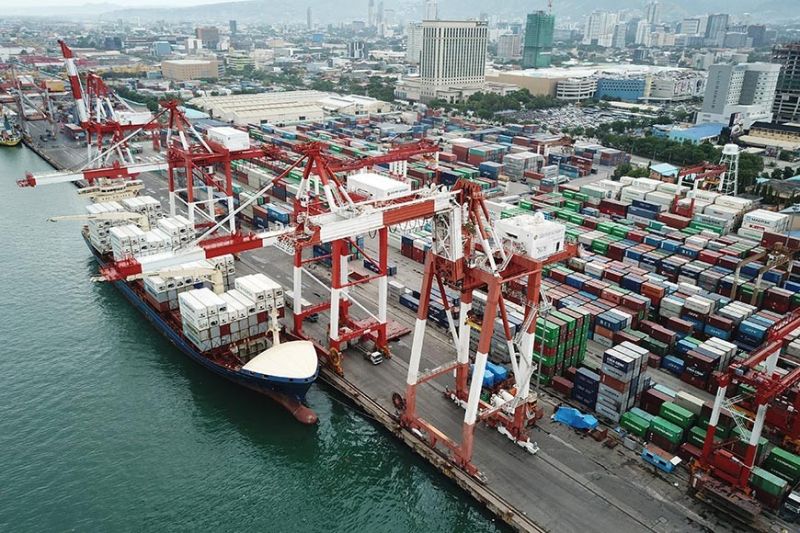 BOOMING TRADE. Domestic cargoes make up the bulk of the cargo traffic in the first nine months of the year, accounting for 76 percent. Efren Carreon, regional director of the National Economic and Development Authority-Central Visayas, says the new international port to be built in Consolacion is now at the environmental study stage. This new port will provide a seamless flow of goods and services in the region. (SunStar photo)

Based on data from the Cebu Port Authority (CPA), domestic cargoes accounted for 76 percent or 33.329 million MT. This is 30.5 percent more than the 25.538 million MT last year.

Foreign cargoes, which contributed 24 percent to the total, also increased 48.2 percent to 10.792 million MT from 7.281 million MT last year. Of the total foreign volume handled during the period, imports had 86 percent share while exports accounted for the remaining 14 percent.

In terms of containers, the Visayan trading hub also saw a robust volume of 756,356 twenty-foot equivalent units (TEUs) during the period, rising eight percent, from 699,848 TEUs in the same period in 2018.

Recently, the annual capacity of the Cebu International Port (CIP), the city’s main port, rose to 900,000 TEUs with the inauguration of its new P1 billion finger pier.

Such measure was done while CPA awaits the construction of a new international terminal in Consolacion, Cebu, which is expected to address the growing volume at the main port.

“The environmental study is now ongoing as per the Department of Transportation,” he said.

“As far as I know, (the construction will be) next year, but I don’t know the exact month,” he said.

The Philippines and South Korea had signed a US$172.64 million loan agreement for the construction of the Consolacion port that aims to free up the existing seaport in the province and provide a more efficient and reliable transport infrastructure for a seamless flow of goods and services in the Visayas.

The Cebu port project has a total estimated project cost of P10.1 billion (approximately US$199.25 million).

It will be built on a 25-hectare reclaimed land in the town of Consolacion.

Carreon noted that the new international terminal is seen as a long-term solution to the growing traffic handled at the CIP.

The new sea hub will rise in Tayud, Consolacion, some eight kilometers from the Cebu base port. (CSL)