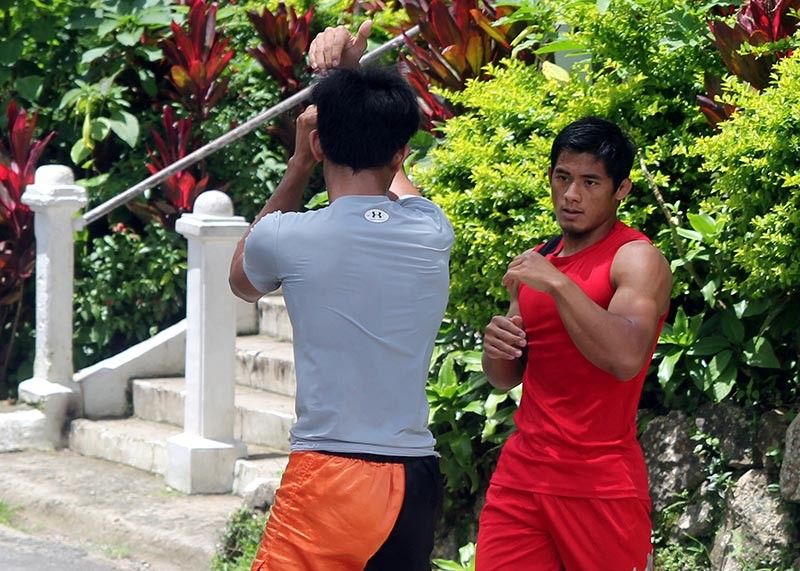 BAGUIO. After a seven-month layoff, Brave Combat Federation bantamweight world Stephen Loman defends his title on November 23 squares off against Louie Sanoudakis in the main event of Brave CF 30, which will take place in Hyderabad, India. (Roderick Osis)

Loman, who defended his title in March 15 earlier this year, squares off against Louie Sanoudakis in the main event of Brave CF 30, which will take place in Hyderabad, India, on November 23.

Despite the seven-month lay-off, Loman said he has been keeping his conditioning in check as he continuously trains with his brothers at Team Lakay.

The Filipino standout has been setting record after record since joining Brave, winning five bouts in as many fights under the organization's banner, including his debut bout, back at Brave CF 1: Beginning.

With a 12-1 win loss record, Loman has won his last seven bouts that include two knock outs since losing to Rex de Lara in January 2016.

Loman is seen to face his biggest challenge to date against Sanoudakis, one of Canada's top bantamweight fighters.

Brave CF 30 marks the third time the fastest growing organization in the world lands in India after two smashing hits with Brave CF 5 and Brave CF 20 catapulting the promotion to the top of sports organizations in the country. (Roderick Osis)