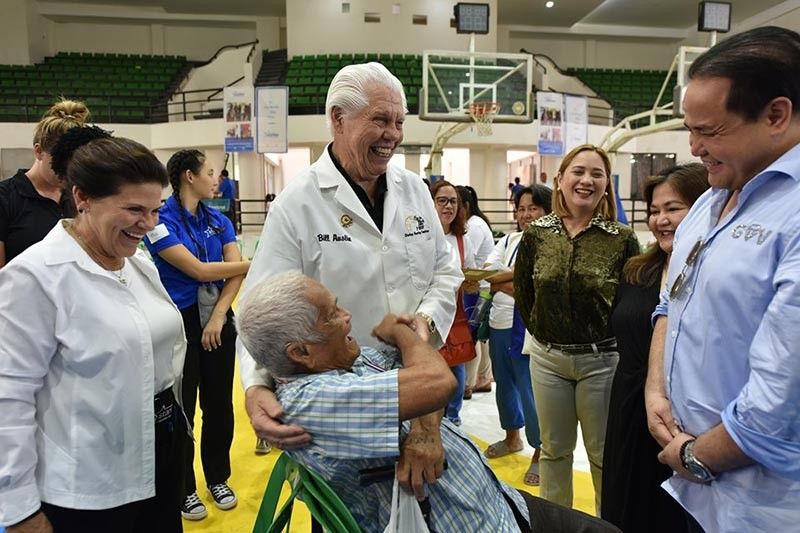 CITY OF SAN FERNANDO -- Some 4,000 Kapampangans with hearing difficulties benefited from free hearing aids provided by Starkey Hearing Foundation through the help of the University of Santo Tomas (UST).

Since the group's visit in 2018, three successful missions, in cooperation with the Provincial Government of Pampanga, have resulted in more Kapampangans getting free hearing aids.

The Pampanga Information Office (PIO) reported that Governor Dennis Pineda expressed gratitude to the organization and the efforts of UST in providing free hearing aid tools to thousands of people in the province who have hearing problems.

"We are so much indebted and appreciative to Starkey Foundation led by Dr. Bill Austin, his wife and to the staff of UST. Because providing hearing aid to thousands of beneficiaries who have hearing loss is such a great achievement as hearing plays a major role in peoples' quality of life -- from emotional well-being and physical health. I am requesting that this will be done annually here. Just imagine the amount of help given to us for free," the governor said in a statement from the PIO.

Pineda also shared that he was moved when he saw hearing-impaired patients cry after hearing for the first time through the hearing aids given by Starkey.

"Putting this up and seeing everyone work together is really what keep us leaders do what we love to do and that is to provide love and joy to our people through the services offered by the government through the assistance of non-government organizations like Starkey," he added.

Dr. Austin, founder of Starkey Hearing Foundation, personally led the activity together with his team and other medical volunteers in the province and from other private organizations.

In an interview with the PIO, Austin said the Provincial Government has been very supportive and accommodating in putting their visions to life.

"The Provincial Government has been so nice. That's why we keep on coming back. They're so gracious. We feel so good about doing the work here. Everyone is working together to find more patients, so all may hear," Austin said.