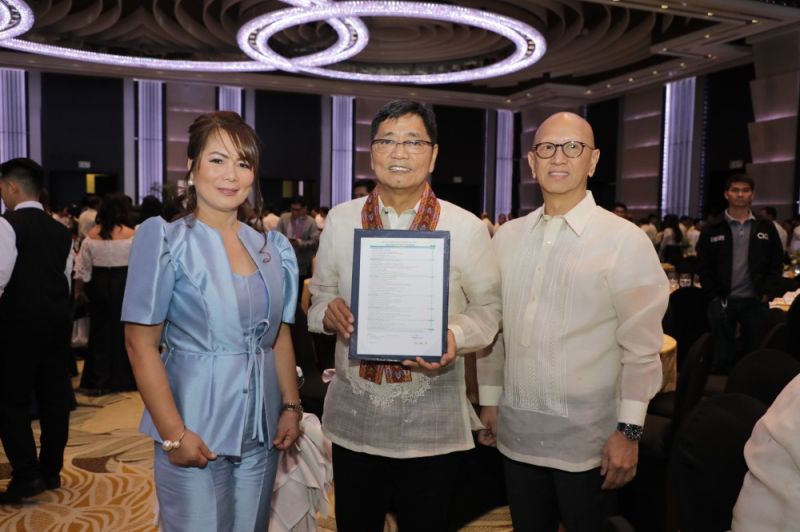 THE City of San Fernando and Mabalacat City were conferred their fifth prestigious Seal of Good Local Governance (SGLG) by the Department of the Interior and Local Government (DILG) during the awarding ceremonies at the Manila Hotel on Tuesday, November 5.

For the City of San Fernando, the coveted seal was personally received by Mayor Edwin Santiago and Vice Mayor Jimmy Lazatin, together with City Local Government Operations Officer Marites Quillope and heads of offices.

Both local government units (LUGs) were conferred the seal anew for implementing various programs to effectively deliver basic services to the people.

The City Government of San Fernando passed the components of the SGLG's seven areas of governance after the validation held during the previous months.

In the Governance Assessment Report released by DILG through Secretary Eduardo Año, 45 out of 50 components were passed by the city government.

The remaining five components fell under the "Reconsidered LGU condition," "Did not meet criteria," and "Not Applicable" items, respectively.

The number comprised of six passed components for Financial Administration, nine for Disaster Preparedness, 12 for Social Protection, eight for Peace and Order, five for Business-Friendliness and Competitiveness, four for Environmental Management, and one for Tourism, Culture, and the Arts.

The city mayor added that the award is shared with all of the city's partners in performing excellent governance.

Meanwhile, Garbo shared the award to his constituents other city officials in Mabalacat, including City Administrator Emmanuel Ignacio and others.

Paquia said the Garbo leadership draws its inspiration from the people of Mabalacat.

The City Government of Mabalacat passed the progressive assessments on the various aspects of public service delivery programs conducted by the DILG.

Unlike in previous years, the SGLG this year set the redefined "All-in" criteria where awarded LGUs must pass all expanded governance areas.

The DILG evaluates and recognize the efficiency and effectiveness of the LGUs in all areas in performing their mandates.

Mabalacat is among the 380 awardees and of the 29 LGUs five-peat achievers of the award.

Garbo said the recognition is a testament to the vision and mission of his administration for a transparent and effective governance towards development.

Established in 2014, SGLG is a response to the "call" of the Local Government Code of 1991, which challenges the local government units to become partners of national government towards good governance. (With PR)