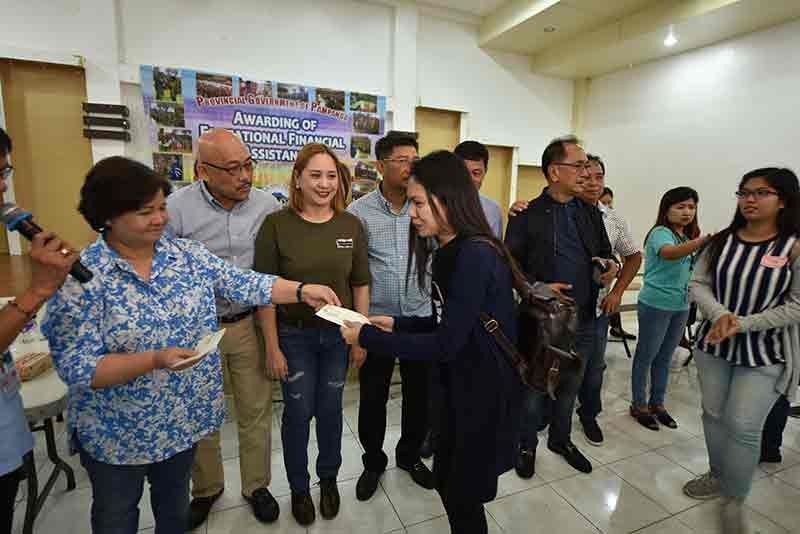 CITY OF SAN FERNANDO -- Some P1.9 million was given by the Provincial Government of Pampanga to 358 student-beneficiaries from several towns as part of its educational assistance for indigent students.

Vice Governor Lilia Pineda led the distribution of assistance at Benigno Hall at the Capitol grounds.

"After you graduate, help your parents. You should give back to them all their sacrifices just to provide all your needs," Pineda said.

"Nurture your education, because it is the best gift that your parents could ever give you," he said in a message.