ASF-affected hog raisers to get aid 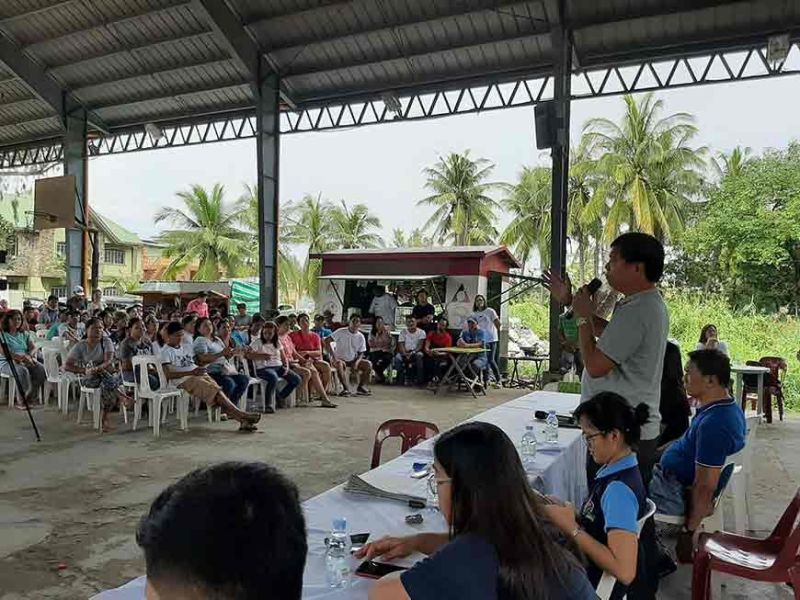 ALMOST 200 small backyard raisers in San Simon town whose hogs were affected by the African Swine Fever (ASF) are set to receive financial assistance from the government.

Mayor Abundio Punsalan Jr. said farmers who had 20 and below pigs that were culled due to ASF are entitled to a zero interest loan offered by the Department of Agriculture's (DA) Agricultural Credit Policy Council.

"They can avail [themselves] of the loans of up to P30,000 depending on the number of their hogs that were affected by ASF. It will be payable in three years with zero percent interest," Punsalan said.

Punsalan said the assistance is aimed at helping the hog raisers recover from their losses by starting a new source of livelihood.

"This is separate from the financial compensation they already received from the DA for every pig head that was culled. We wanted to extend all possible assistance we can get to our farmers as we understand how much the ASF affected their livelihood," he said.

New Rural Bank of San Leonardo Vice President Liza Ison, whose firm serves as the conduit for the government assistance, said the financial loans can be used by farmers in any form of livelihood of their choice.

"There is no limitation on the type of livelihood as long as it can serve its purpose of providing an alternative source of income to the affected farmers. It can be agriculture-based or even a sari-sari store," she said.

Filomena Macapagal, one of the ASF-affected backyard raisers, expressed gratitude to the local government and DA for their continuous support to the farmers.

She said a total of 12 hogs, which are set for sale this December, were culled as part of the preventive measures implemented by the government.

"This is really a big help to us. Although we would not be able to get the actual selling amount of our pigs, we are still happy that the government is here to support us," she said.