These telcos will feature League Pass, Team Choice and 3-Game Choice packages in monthly pricing options starting as low as Php 85, and a weekly pricing offer for the League Pass package. For streaming games on mobile devices, Globe subscribers can register to Globe’s data packages by texting GoWATCH 29, GoWATCH 99 or GoWATCH399 to 8080, while Smart subscribers can register to Smart’s data packages by dialing *123# and choosing GIGA VIDEO.

“It’s terrific to continue this journey with Globe, PLDT and Smart, companies that share our commitment to innovation as we create authentic NBA experiences tailor-made for our digital-savvy consumers,” said NBA Philippines Managing Director Carlo Singson.

“Building on the introduction of live regular-season games on NBA Philippines Facebook and Twitter, we are working closely with the nation’s leading digital services and telecommunications providers to introduce affordable packages and data bundles to make the NBA more accessible to millions of our fans across the country.”

NBA League Pass will continue to provide the most comprehensive live and on-demand access to an entire season of NBA games in high-definition with live stats and multiple viewing options, including the NBA Mobile View, which delivers a closer shot of the action optimized for viewing on mobile phones, tablets, and connected devices. Team Choice is available for all 30 teams, giving fans the option to follow one team and watch their favorite players throughout the season, while the new 3-Game Choice enables users to watch up to three games of their choice per month.

In addition, NBA League Pass will spotlight exclusive NBA TV programming headlined by flagship program NBA GameTime as well as new shows including The Warmup, #Handles, and The List.

Select 2019-20 NBA regular-season games can be live-streamed in the Philippines for free on Facebook Watch and Twitter. Follow NBA Philippines on Facebook and Twitter for all the latest information on the live streams. Additional details regarding the distribution of NBA games and programming will be announced soon. 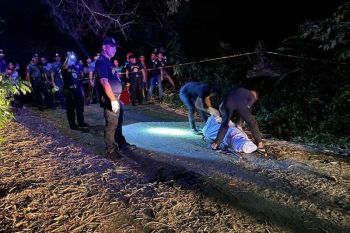