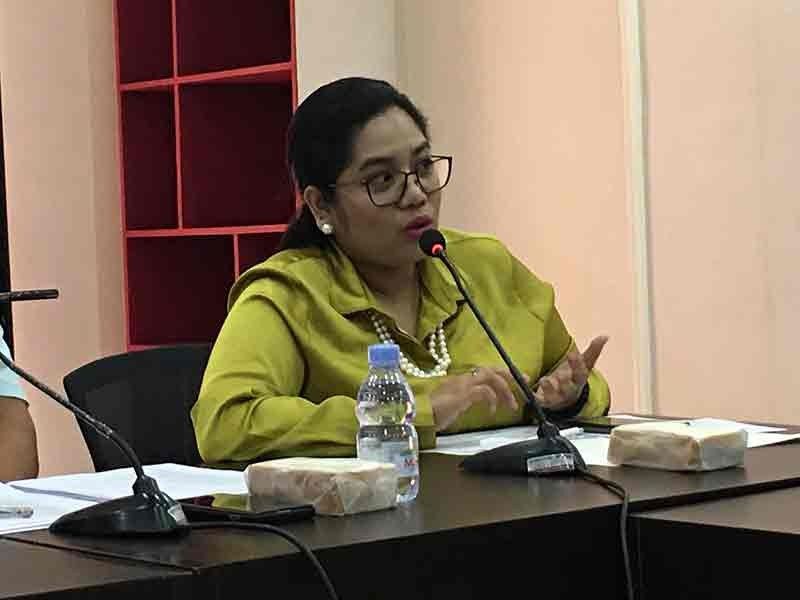 DAVAO. Davao City Councilor Bai Cassandra Advincula proposes an ordinance creating an OFW Families Welfare and Crisis Center, which aims to give services to the families of OFWs in the city such as welfare assistance, counseling services, legal assistance, financial literacy training, and livelihood and economic workshops. (Roberto A. Gumba Jr.)

DAVAO City Councilor Bai Cassandra Advincula proposed the establishment of a center in the city that will focus on the welfare of overseas Filipino workers' (OFWs) families.

Advincula, chair of the committee on housing and subdivision development medium end projects, proposed an ordinance creating an OFW Families Welfare and Crisis Center, which aims to give services to OFWs' families in the city, such as welfare assistance, counseling services, legal assistance, financial literacy training, and livelihood and economic workshops.

"We had a focus group discussion of the families of migrant workers and they opened up that they have a stigma that since they have OFW family members, dili na sila makaavail sa mga services like sa CSSDO. Naa puy mga instances of incestuous rape," Advincula said in a press briefing, Wednesday, November 6.

She said the proposed ordinance seeks to expand the existing Overseas Filipino Workers (OFW) Center Ordinance passed during the 15th Council to include the families of migrant workers.

She said, however, that the existing ordinance is yet to be fully implemented since it still lacks the Implementing Rules and Regulation (IRR).

"Ang nagaimplement daw ani karon kay ang Peso (Public Employment Service Office) and dili pa daw siya na institutionalize. Wala pa man siyay IRR. (It is currently being implemented by the Peso and it has not been institutionalized. It does not have an IRR yet)," she said.

She said they will meet with the national agencies and several non-government organizations to finalize the services to be given in the center.

They are also identifying the location of the center as a requirement to prepare the budget.