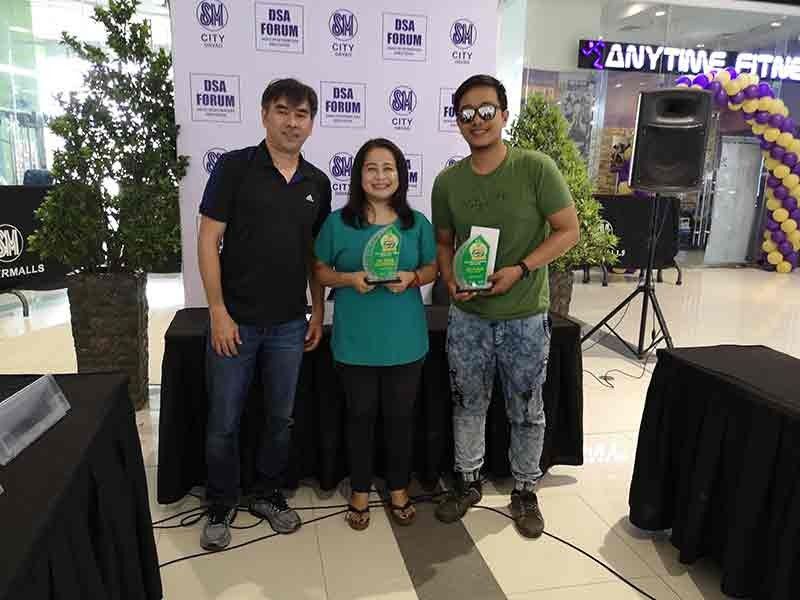 SunStar Davao sports editor Marianne Saberon-Abalayan bagged the first place with her story entitled, "The Rise of True Champs." It was her eighth title in the Milo run writing competition, as she also topped the contest in 2015, 2012, 2011, 2010, 2009, 2008 and 2002. However, there were years when the media writing and photo contest was scrapped.

"I am humbled to win this Milo run sports writing contest anew. We always look forward to this because it is the only media writing competition exclusive for sportswriters," Saberon said.

"I thank God for everything, my SunStar Davao family for the support and trust and for my husband for his understanding and patience since he often drives me to the event venue in every Milo race at such an unholy hour and to my friends and family for believing in me," she added.

The winners received cash prizes and trophies at the close of the Davao Sportswriters Association Forum at The Annex of SM City Davao Thursday, November 7.

The National Milo Marathon media photo and writing contest this year revolves around the theme "Milo: Energizing a Nation of Champions."

The winning sports articles were judged according to the relevance to the theme, content, style/composition, and overall impression.

The photos were also judged according to its relevance to the theme, the prominence of the Milo brand, creativity of the photojournalist, technical quality, and overall impression.