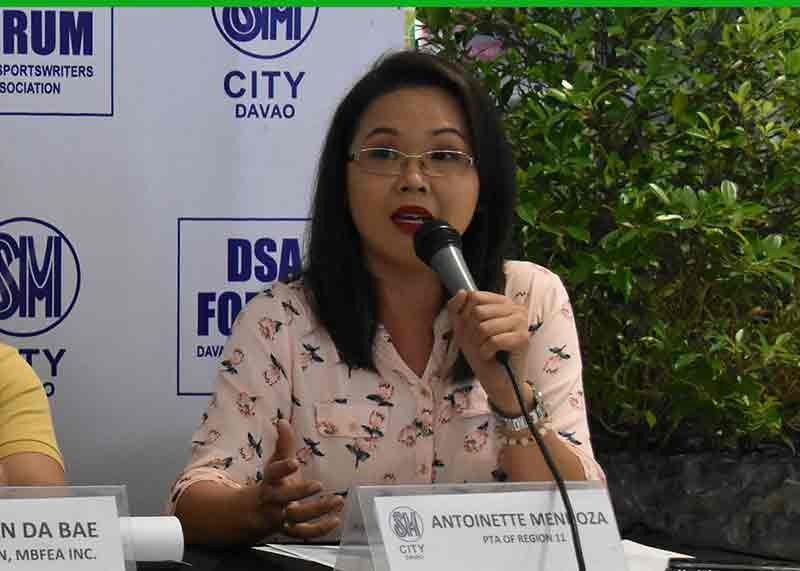 Excitement heats up as the 2019 Federation of Parents-Teachers Association (FPTA) Davao Region Sportsfest kicks off at 8 a.m. Saturday, November 9, at the Precious International School of Davao (PISD) in Matina, Davao City.

FPTA Davao sports committee chairperson Antoinette Adle Mendoza, during the Davao Sportswriters Association (DSA) Forum at The Annex of SM City Davao Thursday, November 7, said this fifth edition of the meet is bigger than last year’s staging since 22 schools are competing in men’s basketball and men’s and women’s volleyball events.

FPTA Davao, which was organized in 2011, currently has 124 active members.

“The sportsfest will end sometime in March next year since we will only have games during weekends and it will be hosted by different member schools,” Mendoza said.

“This is a good avenue for former athletes to play again and to also other PTAs to join the federation,” Mendoza, who is also the League of Swimmers and Coaches-Davao City chairperson, said. (MLSA)