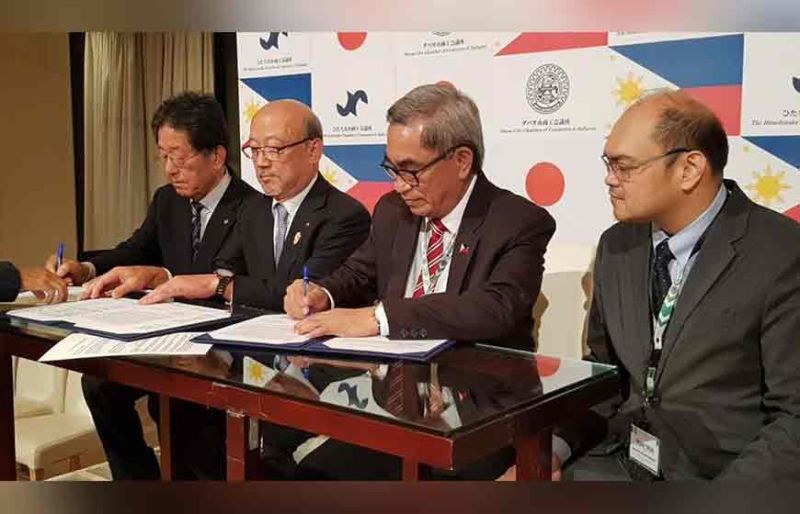 “This agreement is the result of months of preparation and discussions between ourselves and the Hitachinaka chamber, including a visit to Davao of its chairman and president early this year,” DCCCII President Arturo Milan said in a statement Thursday, November 7, posted on the DCCCII Facebook page.

On top of improving business ties between the two nationalities, the agreement also seeks to foster mutual promotion of member businesses.

Hitachinaka is an industrial port city located in Ibaraki prefecture around 100 km north of central Tokyo.

In a statement on its official Facebook page, DCCCII said the agreement is part of DCCCII’s trade and business mission to Japan on November 5 to 8. The delegation visited the cities of Tokyo, Hitachinaka and Saitama.