LAST week, a musing as to where to take the column this week.

This week, a decision to focus on this week.

“During a Camp Crame press briefing, Gamboa announced that he has ordered the dismissal of Lieutenant Joven de Guzman... one of the 13 ‘ninja cops’ who mounted an anomalous anti-drug operation in Pampanga in 2013, which eventually led to the resignation of former PNP chief General Oscar Albayalde.”

The following day, the biggest news of the week, causing headlines to blare from Manila to Singapore and beyond. Vice President Leni Robredo went on air in the evening to accept the dare issued by President Rodrigo Duterte to lead the war on drugs. The highlight of Robredo’s acceptance speech (if you will) was the punchline: “Ang tanong nila, handa ba ako sa trabahong ito. Ang tanong ko, handa ba kayo para sa akin?” This on the day after she received a written offer from PRRD himself to head administration’s anti-drug campaign.

Talk about truth and dare. Talk about balls, really.

Ibarra “Barry” Guierrez III, Robredo’s Spokesperson, who had previously scoffed at Duterte’s dare of an offer, at the press conference after Robredo’s acceptance had to then elucidate they why of her acceptance. That as she said, if accepting the post meant the possibility of saving even one innocent life in the drug war, then she had to accept. Which some would say is THE highlight of her acceptance speech.

Since said acceptance, reactions from all and sundry continue to be recorded.

PDEA Director General Aaron Aquino went from stating, pre-acceptance, that VP Robredo would fail if appointed Anti-Drug “Czar” to “The PDEA believes she can contribute on the advocacy and rehabilitation/reintegration clusters,” post acceptance.

Senators Christopher Go and Ronald dela Rosa, however, stand their ground. The former saying that drug lords cannot be babied and the latter that war by its nature involves killings.

For many in Baguio, we adopt and wait-and-see attitude. Personally, this writer believes that our human rights lawyer of a VP already brings balance to the whole drug war scenario. She has also been inclusive in her statement to the President: “Puwede pa nating pagtulungan ito.”

And now, we must insist that VP Robredo stop being referred to as the Drug Czar, which means she commands the illegal drug trade, anobakayo. Rather, we should refer to her as the Co-Chair of the Inter-Agency Committee on Anti-illegal Drugs, which is the accurate way of stating her new position.

Yeah, even that can read better. 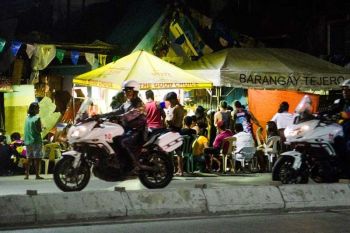