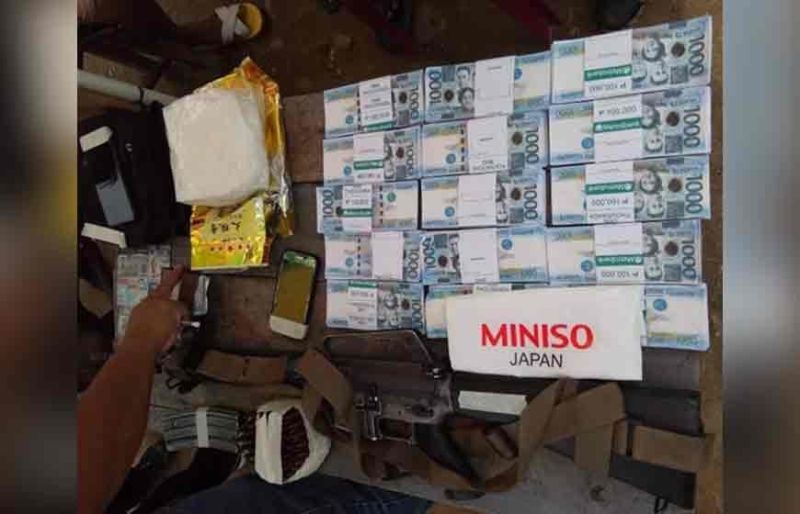 TWO suspected big-time drug personalities were arrested, while some P6.8 million worth illegal drugs were seized in a joint operation Thursday, November 7, in the village of Poblacion, Maguindanao, officials said.

Seized from the suspects were a kilo of substance believed to be shabu worth P6.8 million, 15 bundles of boodle money topped with one genuine P1,000 bill as marked money, one M16A1 Colt AR-15 rifle with ammunition, 68 rounds of 7.62-millimeter ammunition, a multicab vehicle, assorted identification cards, and other belongings.

Carreon said the two were arrested by a joint team of soldiers, policemen and agents of the Philippine Drug Enforcement Agency in the Bangsamoro Autonomous Region in Muslim Mindanao.

"We are here to support other law enforcement agencies in their endeavors for the common good," Carreon said.

"Our efforts will never falter if close coordination and cooperation among stakeholders are done in achieving our common goal of having a peaceful and progressive life," Sobejana said.