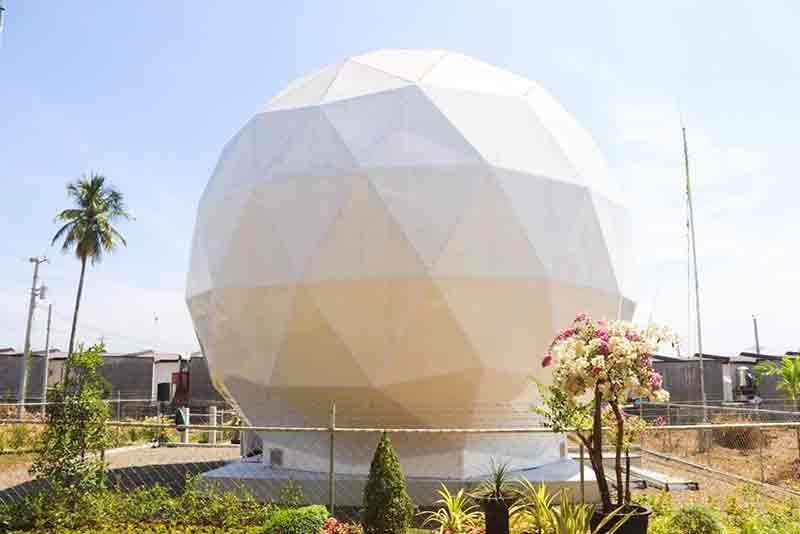 THE recently inaugurated tracking antenna for earth observation (EO) is seen to be vital in assessing the effects of earthquake in Mindanao.

As compared to Pedro Center in Quezon City with only 3.7 meters, the facility in Davao City has a 7.3-meter diameter satellite antenna. The DGRS allows more efficient download of images at a higher bandwidth.

Solidum said the first Pedro center was established shortly after Diwata-1, the first microsatellite in the Philippines, was deployed in space. The Pedro center in Davao, meanwhile, was built and installed in 2018 and has been fully operational since earlier this year. It is remotely operated and is used for initial tests such as the download of Modis data from Terra and Aqua satellites.

"This GRS or Ground Receiving Station will act as a safety net for the Pedro center providing redundancy in the event of disasters in Metro Manila and this GRS will also receive data from the satellite which features simultaneous radar imaging with automatic identification system data for maritime surveillance and monitoring," Solidum said.

"As of today, we have access to several satellites equipped with features that enable a wide spectrum of data for a variety of purposes and applications. This data is especially useful in cases of large-scale calamities. We have to turn to satellite images to have an immediate assessment of bird's eye view of what happened on the damages so that we can help in rescue, recovery, rehabilitation missions," he added.

North Cotabato and Davao region were recently devastated by three powerful earthquakes in one month, resulting in many casualties and structural damage. It has also triggered landslides and displaced thousands of residents.

This GRS facilities of the Pedro Center is believed to further improve the pre and post-disaster monitoring to support the Disaster Risk Reduction agencies.

This technology will also help monitor typhoons and its aftermath or consequences by flood and landslides for a better compact assessment to guide responses by the disaster managers at the regional, provincial, and local levels.

The DOST said the ground receiving stations in Quezon City and Davao are both designed to communicate with earth observation satellites, allowing them to transmit commands for image capture or to receive image data. Through these facilities, the Philippines now has direct access to a broad range of optical (high-resolution, multispectral) and synthetic aperture radar (cloud-penetrating, day-night imaging) satellite data.

Both antennas are contained inside a radome, a special spherical structure enclosing the antennae from physical forces while still allowing reception of satellite signals. The radome can withstand temperatures of up to 80°C, wind speed of up to 320km/hr, and rainfall at 100mm/hr for one hour, thereby prolonging the effective lifespan of the devices.