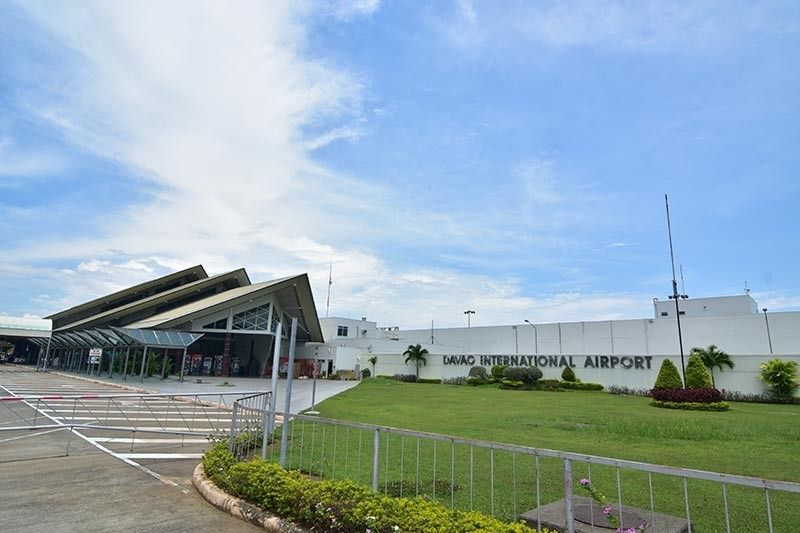 DAVAO. The Civil Aviation Authority of the Philippines in Davao Region beefs up airport security measures and vowed to improve its facilities after security concerns of greeters were raised online. (SunStar File)

THE Civil Aviation Authority of the Philippines (Caap) in Davao Region has vowed to improve some facilities and has beefed up security measures at the Francisco Bangoy International Airport following the security concerns of airport passengers and greeters raised by a netizen.

In an interview with SunStar Davao, Caap Davao airport manager Rex A. Obcena said they are currently acting on the concerns pointed out by Davao-based environmentalist and D' Bone Collector Museum Inc. president Darell Blatchley on Facebook.

On Thursday, November 7, Blatchley clamored on the lack of lighting, garbage cans, flight monitoring facilities, and the narrow spaces in the greeters' area. He said he also saw vehicles parked in prohibited areas.

Obcena said the vehicular parking area is operated by a private concessionaire from Manila.

He also said he will issue a memorandum to the concessionaire that will compel them to fulfill their obligations based on their contract.

But he said his office will strive to install lamp posts as much as their budget can provide.

Obcena said he has also ordered his security personnel to create a group to focus on the airport traffic at the greeter's area especially in the evening.

Blatchley posted on his Facebook that the narrow area for the greeters of arriving passengers exposed them to the risk of being bumped by speeding taxis.

Obcena admitted that the greeters' area is one of the facilities lacking in the airport. At present, greeters and the arriving passengers who are hailing cabs overcrowd in one area.

He said they cannot establish a permanent waiting area for the greeters because of the upcoming airport expansion.

While the project is still under consultation and design, he said he will insist on incorporating the greeters' area. For now, they will look for possible remedy.

Obcena admitted that his security personnel have become lax in their operations apart from the airport being undermanned.

He said he has also reprimanded the private security agency and its guards for allowing private vehicles to park in the No Parking Area.

On the issue of garbage bins, Obcena discouraged garbage bins around the vehicular parking area because it may possibly be used to plant or hide improvised explosive devices (IED).

In a Facebook message to SunStar Davao, Blatchley said: "The fact [that] there are no garbage cans means everyone just drops their trash randomly, adding to the filthy appearance of the arrival waiting area."

Obcena said he has yet to make the private concessionaire accountable for the uncleanliness of the area.

He also urged the public to help in maintaining the cleanliness of the airport.

Obcena, meanwhile, added they have existing Flight Information Display System installed but they will have to check on it.