Baguio gets funding for 911 initiative 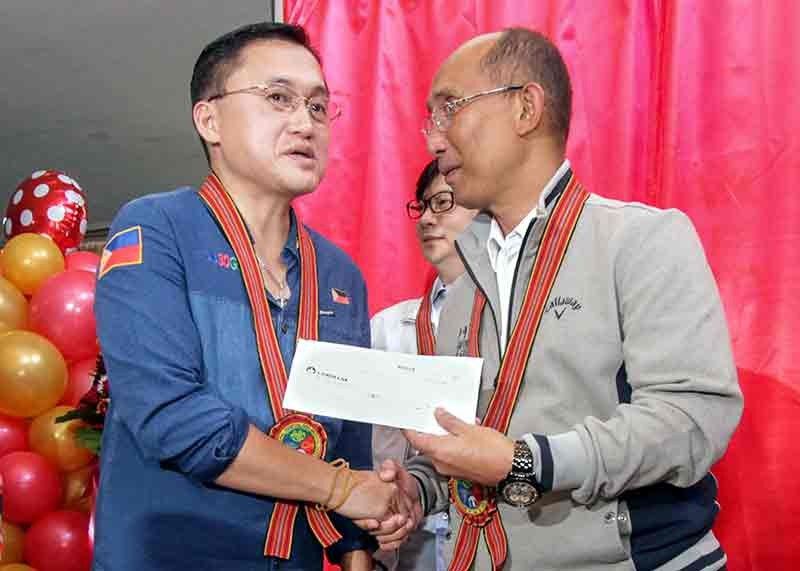 BAGUIO. Senator Christopher Lawrence Go hands over to Baguio City Mayor Benjamin Magalong P200 million cheque which will be used for the establishment of a state of the art command center in the city. (Photo by Jean Nicole Cortes)

BAGUIO City is set to realize the establishment of its own command center equipped with the state of the art smart city system facility with a closed-circuit television system all over in the city which will oversee and monitor the security, traffic, disaster response, environment, lighting analytics, daily communication, and call for emergency response among others.

In the launching of the 50th Malasakit Center of the Baguio General Hospital and Medical Center, Senator Christopher Lawrence Go personally handed over to Baguio City Mayor Benjamin Magalong P200 million check which will be used for the establishment of the command center.

“It will be a smart city system which will be the first of its kind in the country that will have a state of the art facility for a command center. For the past three days, the technical experts where here in Baguio working on their proof of concepts and I think everyone will be amaze with the advancement of the technology that will be used for our command center,” Magalong said.

Once the command center is built, the concept of a smart city platform will be adapted, similar to those command centers in Europe, the United States, Australia, Singapore, India, China, Japan and other first world countries.

“Rest assured that once this facility have been completed and established, we will now have a better Baguio, a safer Baguio, and a smart city Baguio,” Magalong stated.

Magalong said the technology to be used in the command center would be capable of facial and vehicle plate number recognition.

The technology can enable operators to “flag down” a face or vehicle plate number that had been entered by a camera into the database. When flagged down, all cameras connected to the database will start to follow the subject, identifying its location.

He said once operational, the technology will also provide data for decision-making such as in the investigation of cases and suspension of classes during inclement weather.

The project will start from the installation of the command system simultaneous with the setting-up of an initial of 64-artificial intelligence capable cameras. There will be more cameras that will be in high traffic and high crime rate areas of the city.

“We are now finalizing the terms of reference then we will publish it to invite bidders and what we are looking at is by January the bidding process will be finished and by February we hope that the construction would start,” Magalong added.