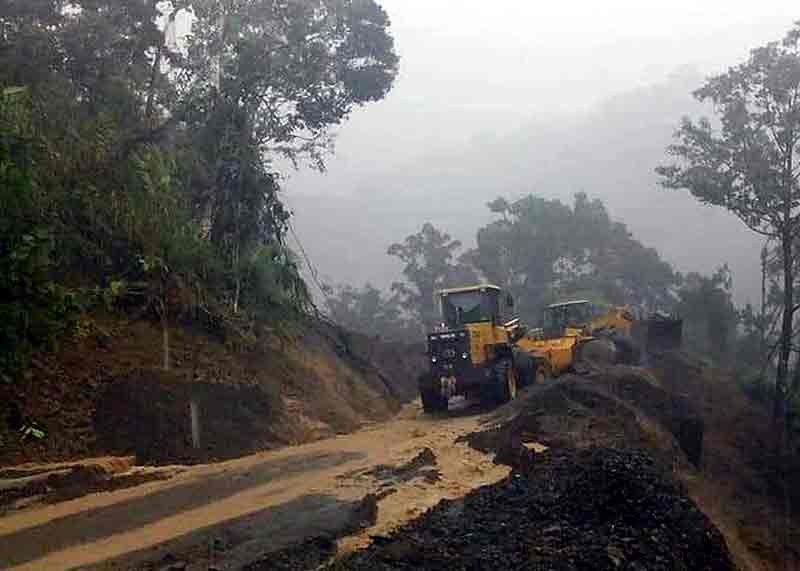 A PROVINCIAL board member and personnel of the Philippine National Police (PNP) in Apayao died after being buried in a landslide in the evening of November 7 at Barangay Dibagat, Kabugao due to heavy rains caused by Severe Tropical Storm “Quiel.”

Apayao Provincial Board Member Butz Mangalao and Police Corporal Rommel Gumidam died as they were buried alive while heading to the Municipality of Calanasan, Apayao.

According to a police report, Gumidam and Mangalao sought refuge in a house in the area due to strong rains when the landslide occurred.

Following the series of landslides in the area, Calanasan has been placed under a state of calamity on Friday, November 8.

Dean Abbagao, Calanasan public information officer, called on residents and visitors coming to and from the town to refrain from traveling especially at night due to the unstable road condition leading to the municipality.

Abbagao said several incidents of landslides have been experienced along the Calanasan-Claveria Road since the Undas due to the continuous heavy rainfall.

Although efforts of clearing operations are being done by personnel and heavy equipment of the municipal government, DPWH-Apayao and private contractors, Abbagao added the public is still cautioned not to risk travelling to ensure their safety.

Classes in all levels were suspended by Apayao Governor Eleanor Bulut-Begtang since Wednesday in floodwaters submerged parts of Luna, Kabugao and Calanasan towns. (SunStar Baguio)