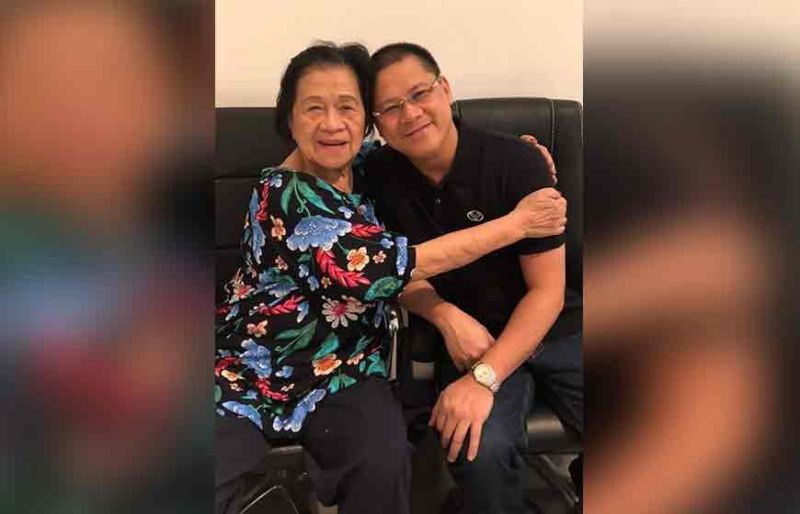 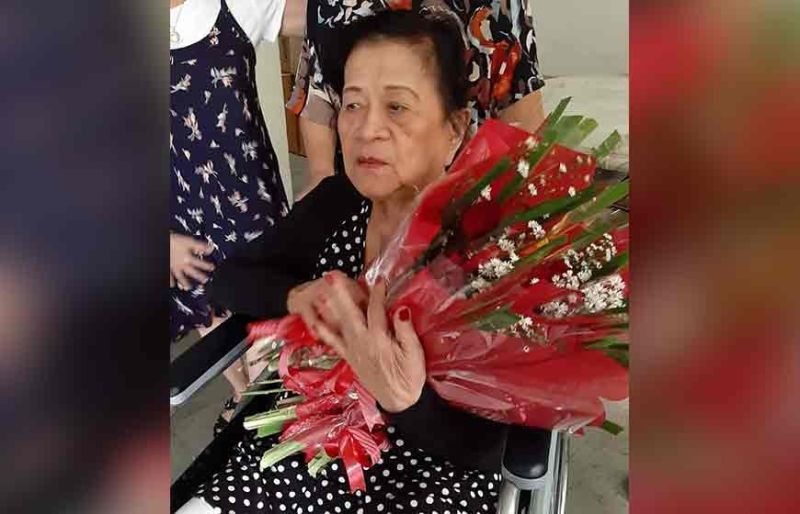 BACOLOD. OVY receives a bouquet of flowers during her birthday this year. 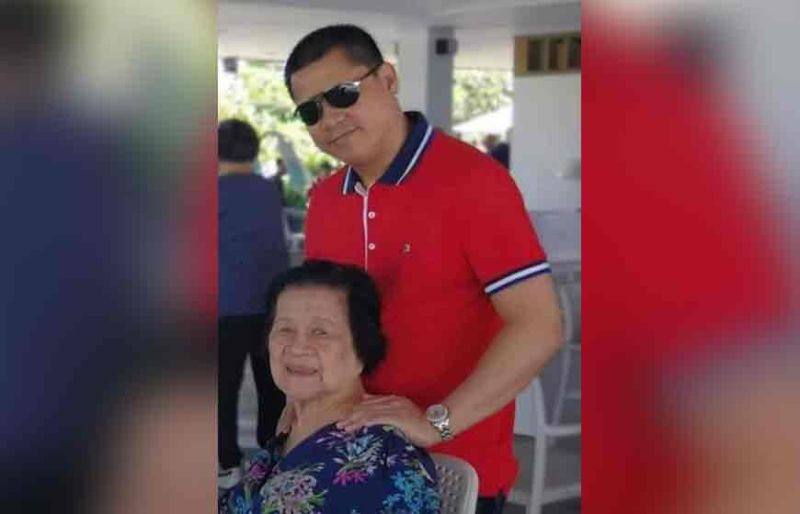 BACOLOD. The inseparable mother and son OVY and LRY. 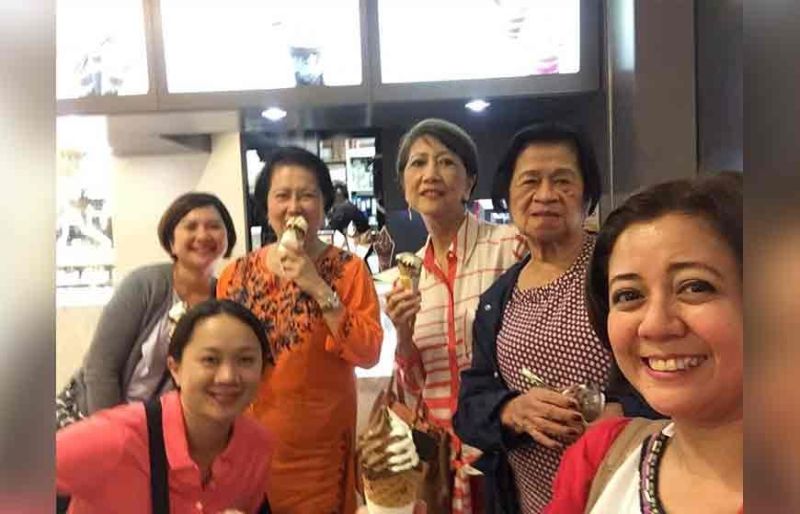 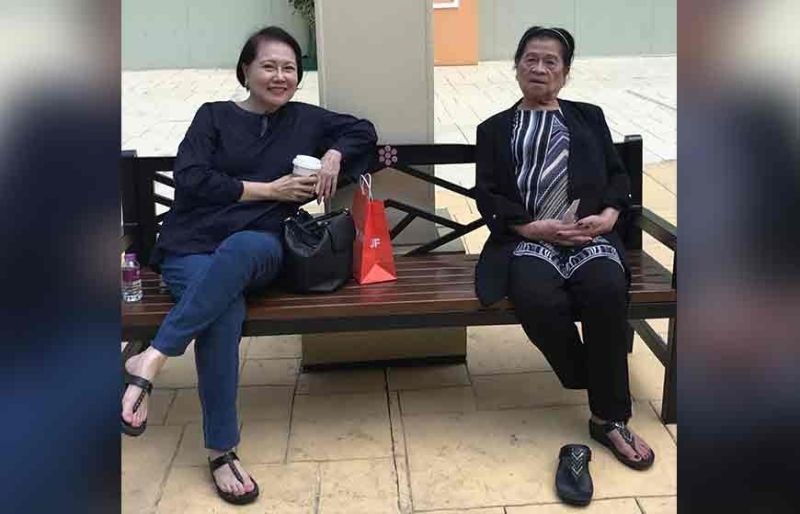 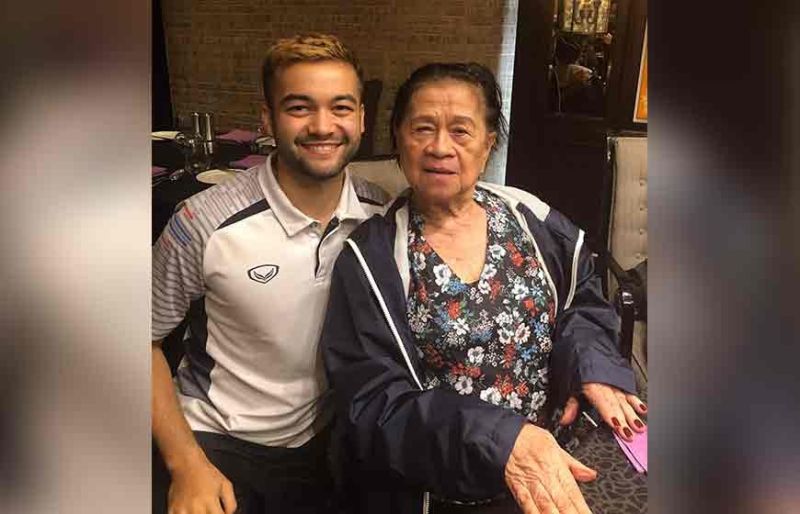 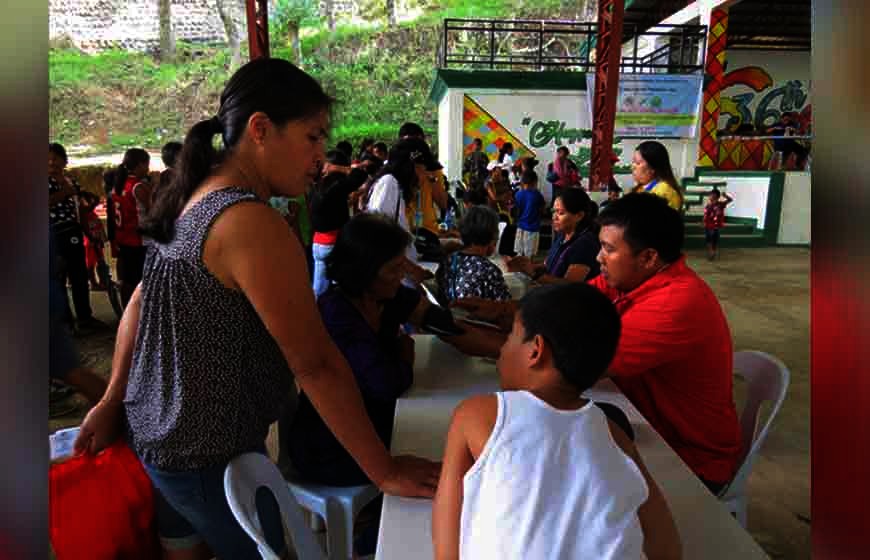 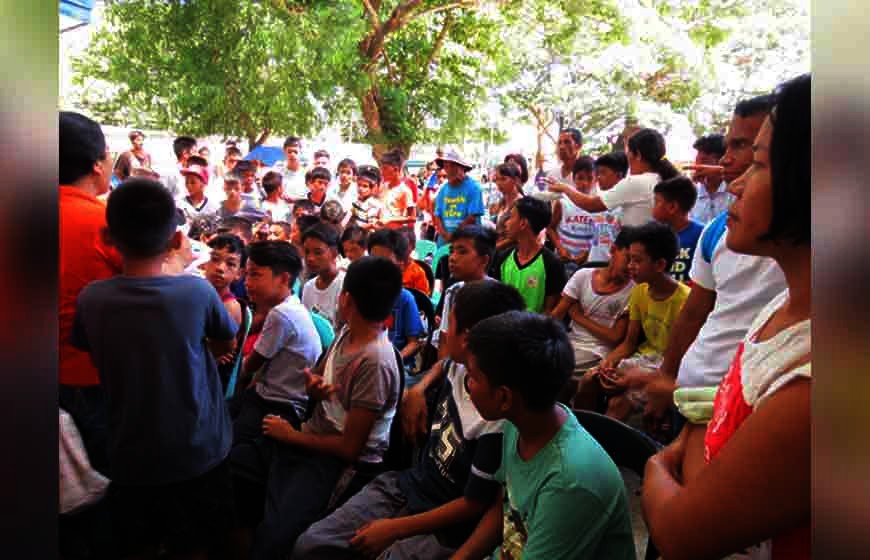 OLIVIA Villaflores-Yanson, wife of the late Ricardo B. Yanson, parent of the seven Yanson siblings, has never ceased to spread love firstly to her family and to the countless number of people whom they helped through employment, scholarship and healthcare.

At 85, OVY, fondly called by her friends as “Inday Love”, “Mommy Love” to her sons and daughters and “Wawa” to her grandsons and granddaughters, continued her mission of helping the needy given their humble beginnings.

Their own business empire started with Villason (Villaflores and Yanson) transport business which was run with a very simple business concept.

The couple has ventured to assemble their first jeepney which they operated as a public utility jeepney that plied the Bacolod streets.

While they had their own small transport business, the family of her husband Ricardo also had their public utility mini-buses named Vallacar that ply the Valladolid - La Carlota City routes and vice versa.

Hard work, perseverance, and determination drove the couple to find their way to the top.

Their years of hard work has positively resulted to the takeover of the management of Ricardo’s family-owned Vallacar Transit that opened the floodgates of economic opportunities to their family, employees, and community.

Moving fast forward, currently, Vallacar Transit, Inc. has the biggest fleet of buses in the Philippines, maintaining 4,800 units plying every day in the different streets of Luzon, Visayas, and Mindanao.

OVY has enjoyed her life as she gracefully aged.

One of her passions is to extend healthcare assistance to the underprivileged. She is a nurse by profession and taking care of others runs in her veins.

Once a medical mission is organized by the OVY Foundation, all the needs of the recipients are being taken cared from transportation, food, medicines, among others.

Her life works resulted to her receiving numerous commendations and awards such as the Outstanding Dauinanon in the field of philanthropy given on September 4, 2019 by Mayor Galicano A. Truita; named as Outstanding Negrense given by the Provincial Government of Negros Occidental in 2018, a Banwahanon awardee given by the City of Bacolod in 2007; named as Most Outstanding Sillimanian awardee in the Field of Entrepreneurship; named as the First Hamiling Bayawanon Awardee in the Field of Business and Entrepreneurship; awardee of excellence (Signum La Sallianum) given by the University of St. La Salle; and was conferred with the highest award by the Soroptimist International to the women as nominated by their members.

OVY said she will continue to inspire others with her dedication and love as a mother and entrepreneur through her social and civic involvement.

Life should be valued at all times. When we have the opportunity to share our blessings, let us do it now as tomorrow might be late, she said.

She always prays “Lord, let me do now what I can do to help those you send to me today because I may not be here tomorrow.”

OVY maintains her soft spot for the poor, her love for her family and her concern for her fellowmen and community.