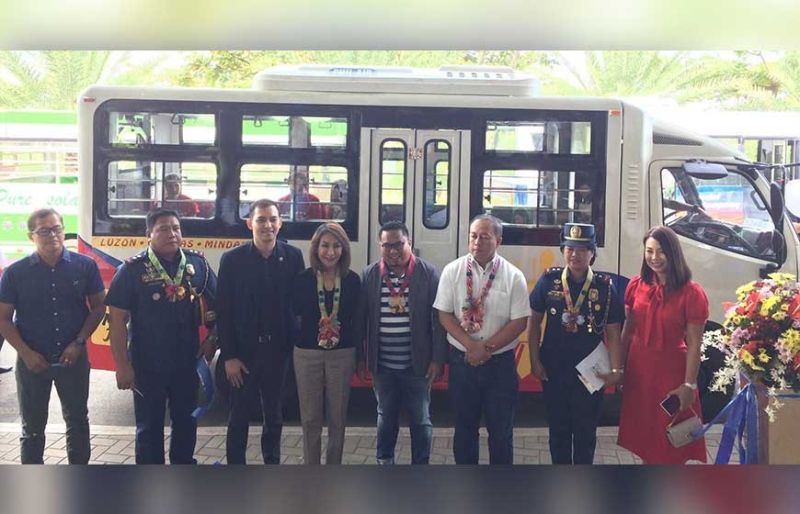 A TOTAL of 300 new public utility vehicles (PUVs) with their assigned routes have been issued by the Land Transportation Franchising and Regulatory Board (LTFRB) 7 to push the modernization of public transportation in Cebu.

A PUV Caravan was held Friday, Nov. 8, 2019, to showcase the models and promote the modernization program to transport cooperatives that have yet to participate.

Reynaldo Elmar, transportation development officer, said they are slowly replacing old jeepneys under the modernization program that seeks to reform the public land transportation industry by, among others, phasing out jeepneys and replacing them with new units by June 2020.

Cebu Gov. Gwendolyn Garcia, for her part, said the Provincial Traffic Management Board (PTMB) she created that would oversee traffic issues in national highways in the metropolitan Cebu area will have to consider PUVs. It’s difficult to implement traffic rules and impose discipline on national roads if the PUVs will not be on board.

“We should have a common policy, common rules and regulations and we should see to it the laws are really followed. We will be able to ease up the traffic situation now that is reaching crisis levels already,” she said.

The PTMB is composed of the Department of Public Works and Highways, Land Transportation Office, LTFRB, Philippine National Police, League of Municipalities, and local government units in Metro Cebu.

Garcia had said her creation of the PTMB is in line with Section 16 of the Local Government Code, a portion of which states: “Every local government unit shall exercise the powers expressly granted, those necessarily implied therefrom, as well as powers necessary, appropriate, or incidental for its efficient and effective governance, and those which are essential to the promotion of the general welfare.” She said “traffic is worsening” in Metro Cebu, adding that it is “already reaching crisis proportions and something must be done.” (JCT)