OCD-7: Many people still have not learned their lesson from Yolanda 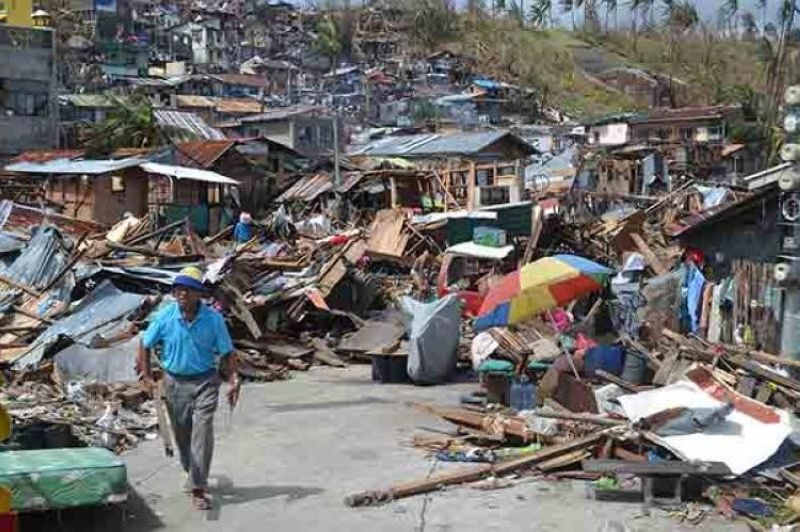 SIX years after Super Typhoon Yolanda (Haiyan) devastated parts of Central and Eastern Visayas, Cebuanos still have to learn from the lessons of the past, an official of the Office of the Civil Defense (OCD) Central Visayas said.

Ver Neil Balaba, OCD 7 assistant director, said more work has to be done to integrate lessons of coordination and inter-operability of agencies and to prepare logistics in times of calamities.

The OCD is the implementing arm of the National Disaster Risk Reduction and Management Council. It is tasked to administer a comprehensive civil defense and disaster risk reduction and management program towards a safer and resilient community.

Although there has been some improvements in the regions’ disaster preparation, he said the public needs to cooperate and accept these developments.

He has received reports of survivors who insisted on living in no-build zones, which the Inter-Agency Task Force Yolanda considered dangerous.

“We still need more training for the people. Nothing has changed. Look at the photos in Palo, Leyte. People are still living in the 40-meter, no-build zone,” Balaba said in a mix of Cebuano and English.

Among the improvements, Balaba mentioned the establishment of local government units’ (LGUs) operation centers for disaster and contingency plans.

Balaba then said it is a challenge on the part of the LGUs to implement measures to ensure safety of their constituents.

“If they were able to persuade these people to vote for them, why not convince them in a manner that these people would accept the information given to them that these areas are no longer safe for them to dwell on?” he asked in a mix of English and Cebuano.

Bantayan Mayor Arthur Despi admitted that many Yolanda survivors rebuilt their houses on their old sites near the shore.

He said convincing these people to relocate is not that easy.

“To do is not as easy as to know, but they will be displaced since they will have to move far away from their source of livelihood,” he said in a mix of Cebuano and English.

In Sogod, Vice Mayor Liza Marie Durano said they have not relocated the survivors since the National Housing Authority (NHA) has yet to implement the Yolanda housing project in the town.

“Sogod was not affected as much as Bantayan. Unlike other towns, no nongovernment organization helped set up housing units here. It’s only the NHA and the agency has not even started so there has been no relocation,” she said in a mix of Cebuano and English.

Meanwhile, the Cebu Provincial Government has integrated its disaster preparedness measures with component cities and towns.

On Friday, Nov. 8, 2019, Gov. Gwendolyn Garcia said the best thing for the Province to do is to institute measures to ensure that it can respond to calamities in a “more efficient and quick manner.”

“We can’t control these disasters. We can only best manage our response to it and of course, there can also be preventive measures such as seeing to it that high-risk areas shall not be allowed for habitation,” she said.

The governor added that LGUs in the province have also learned their lesson from Yolanda.

“As you’ve probably noticed in subsequent typhoons or earthquakes or other natural disasters that have befallen our LGUs, our LGUs have more often than not been able to show a degree of preparedness or even a degree of efficiency in responding to the consequences of such disasters,” Garcia said.

“It also paved the way for strengthened disaster preparedness trainings for responders in case of emergencies. We pray that a typhoon as devastating as Yolanda would not happen again. But if we would find ourselves in the same situation, this time, I believe the LGUs and the people are more and better prepared,” Davide said.

For Cebu City Mayor Edgardo Labella, Yolanda served as an eye-opener that a calamity or disaster can strike anytime and anywhere, so there is a need for a disaster preparedness program.

Natural calamities, according to Labella, are something humans cannot control, but the preparation is something that the community can do.

Labella assured that the City is more prepared now compared to more than six years ago. (WBS, RTF, JJL)